Hashtag Life visits Peyotito in buzzing Notting Hill for a love affair with Modern Mexican dishes, but most importantly, with tacos! Read our review below.

Notting Hill is known for all things hip. It’s residents never age, and if outwardly, never inwardly. Carnival comes and goes in a wave of excitement and such spirit that its a sure topic on all of London’s lips for a few days a year. In fact, I joked with a friend who recently moved back from New York that she had likely chosen to live in Notting Hill especially for Carnival. Turns out it’s no joke, and she seriously did. Then, let’s not forget Hugh Grant and Julia Roberts’ timeless romance – the film that glamourised the area further still, just when we thought that wasn’t any more possible. So be it for culture, dance, art or love – Notting Hill is one London postcode you have to journey through. Add to that the way to any Londoner’s heart: modern cuisine and creative culinary finds, and we have Peyotito. The seamlessly slick modern Mexican restaurant has an artful and cool vibe as you walk in through it’s standout orange doors. The walls are scrawled with a lumiered sign which says: ‘Tequila to wake the living, mescal to wake the dead’ – a Mexican saying, which could appeal to Brits if only we were tough enough for real liquor. Still, it made us feel tough, and that was cool enough. 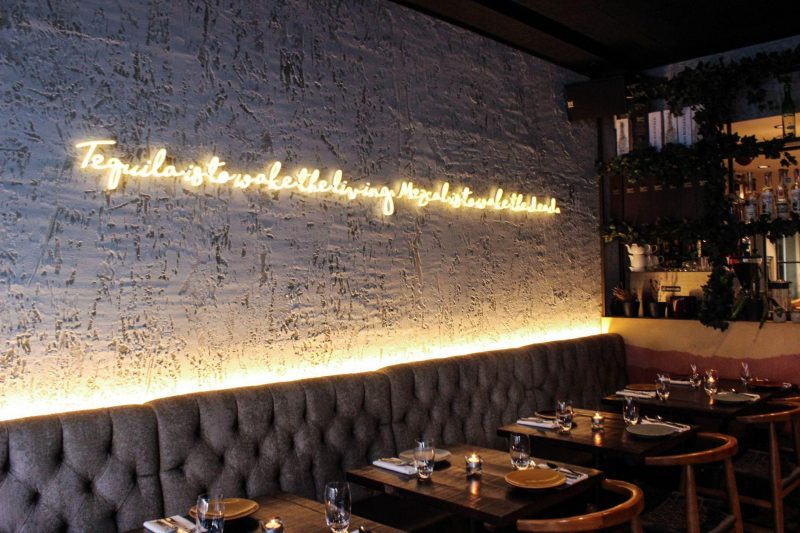 We’re welcomed by a friendly manager and excitable staff which shows that a year into it’s lifespan, Peyotito still very much operates with TLC. We get stuck straight into the menu because my mind has been saying only one thing on repeat all week: TACOS.

We begin with the Tostada De Atun: yellowfin tuna, salsa macha, guacamole on a homemade tostada.I have never had tuna on a spiced bean puree, but it is phenomenal. The chilli aftertaste kicks in following the smooth taste of the puree and the cold, soft, sashimi-grade tuna, topped off with the crunch of the amazing blue corn tacos. 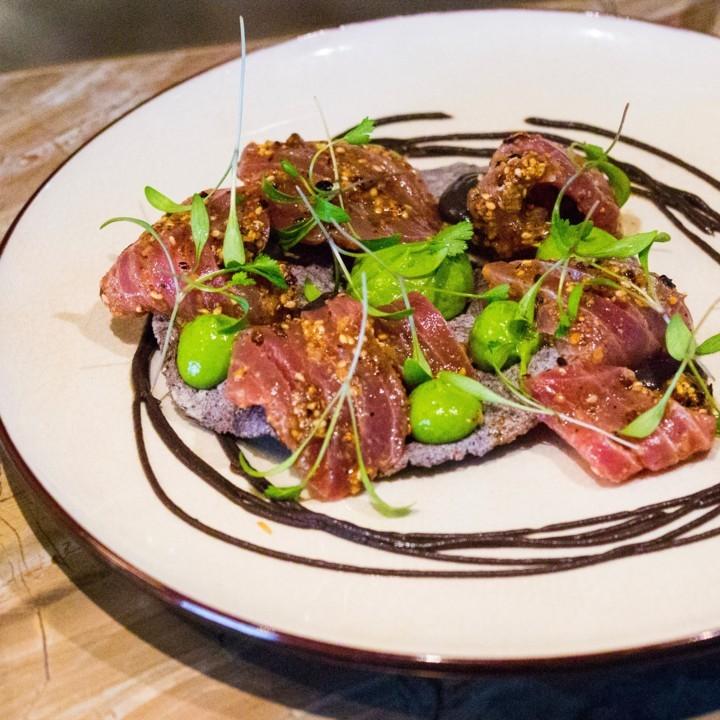 We follow this winning dish with the Pulpo A LA Mexicano: octopus, salsa Mexicana and homemade clamato. The octopus is so soft, you barely feel it before it dissolves in your mouth, the milk of the ceviche is a little light on the lime, but also carries a tomato essence to balance that out. Cumin even creeps in for a surprise aftertaste. A strong second – because one can’t just order three courses of the tuna tostada, apparently! 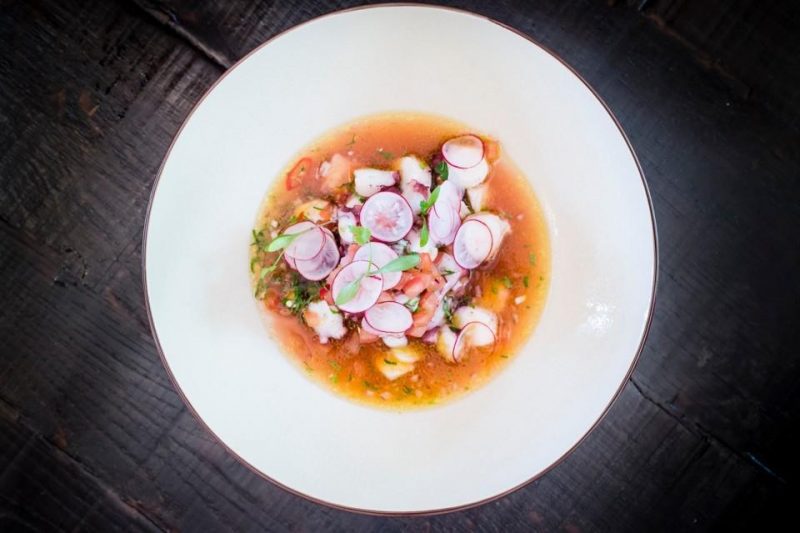 Taco De Res – beef tacos with braised beef, serrano chille and salsa verde in baby gem lettuce, had us most excited. That excitement was sadly mellowed down, most probably due to the high expectations set by the former dishes, but also with the over-seasoning overwhelming the taste of the otherwise beautiful quality braised beef.

Our final dish took us back to the choice of seafood which we started with – the Tacos De Pescado: grilled sea bream, picked red onion and salsa verde. The sea bream is so special – every single soft and succulent chunk of it. The fresh flavour of the maize lingers in your mouth alongside it, with a surprising addition of mint. This was suddenly the new dish of the evening, meaning we definitely ended the meal just as we started it: excited, satisfied, and with our minds happily yelling the word “TACO, TACO” at us!

We visited early in the week, which meant the restaurant was quieter than expected, so had more of a ‘date night’ feel. But with it’s impressive cocktail list, and slick long bar, I am sure this is a buzz-friendly hangout to close the working week. And if, like me, you cancel plans for Saturday nights out as eagerly as you made them at the start of the week, then Taco Tuesdays are the one for you – a selection of Tacos and Tequila for £20:  with an offer like that Tuesdays should really be the new Fridays.

With the second Peyotito having opened this summer in the Nobu Hotel in Ibiza, I have heard that holidayers have queued for bookings. But for those times that we find ourselves not basking in European hotspots and island sun, I’m glad to have found my very own taste of Mexico in good ol’ London, UK! 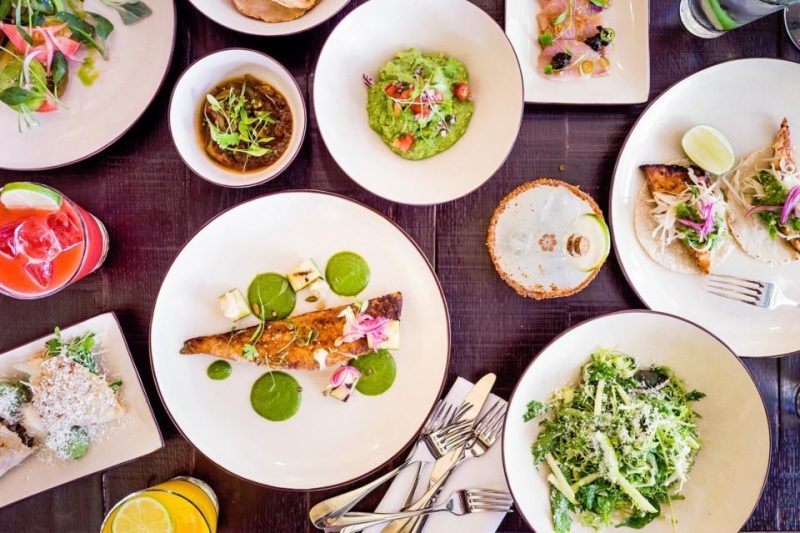