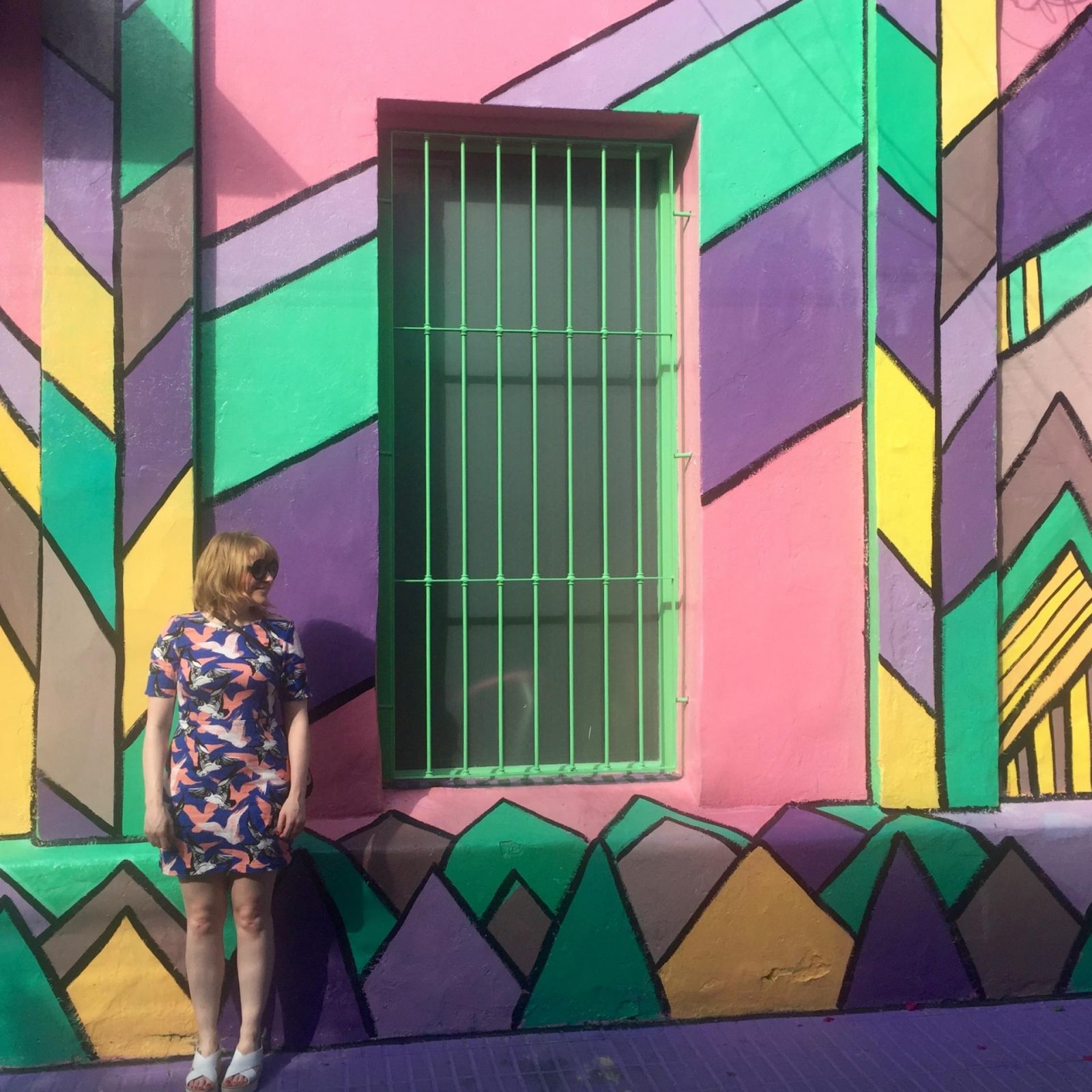 Sarah Powell, Heat radio host, writes up the best of her trip to Buenos Aires for HashtagLife

If someone told me steak and red wine were the only two things I could live off that would be fine. With this in mind I have always wanted to visit Argentina so I was delighted when my sister announced she was moving to Buenos Aires for a year. Obviously by delighted I mean horribly upset at how much I was going to miss her, though the BBQ and sunshine did soften the blow.

As I write this I have chipped nails with Care Bear pyjama bottoms and I’ve also just noticed a bit of pasta sauce on my top, though I can’t remember eating pasta this week. My waxing situation is currently ambiguous and my laptop case is grubby. However I’m someone who “scrubs up well” (my mother’s words) and I do love a martini and a very high heel. I’m understated with my glamour. I love jeans and trainers and a hot pink lip. I will go to a swanky bar but I want a seat. And chips on the way home.

Buenos Aires has its own relationship with glamour. An aging city with crumbling buildings and street art next to super chic clothes shops and amazing bars. High end restaurants have buzzers on rusty shutters and locals dance tango on battered old cobbles. It’s not flashy or polished, there are no manicured driveways or shiny shopping centres but it’s one of the most charming, beautiful and exciting places I’ve ever been. There is a phrase Argentines use to describe the city: “Buena Onda”, meaning “good vibe”, because it is the people and atmosphere that make it wonderful rather than being immaculate.

Taxis are cheap and so is the brilliant wine. In fact you can even save the carriage charge and visit the vineyards just up the road. There are hardly any chains and the Argentines love their late night cafe culture. Most locals go for dinner at 10PM at the earliest, before going to bars and clubs at around 3AM. The best thing is that everyone of all ages drinks and eats together. At 1AM you could see a gent having coffee at a cafe, girls with hockey gear drinking beer, an elderly couple having pizza and guys starting a night out drinking Fernet (the local Jager-esque shot.) We saw two little old ladies walking their dogs at 2AM both eating an ice cream. 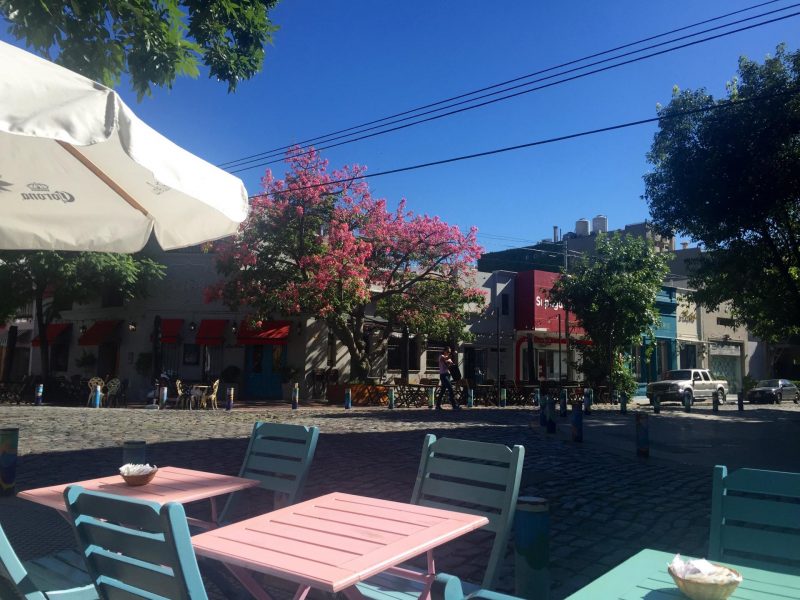 We stayed at Palermo Soho, which is all very trendy. The dappled light, flowers and blossoms and all the colours from graffiti make it incredibly pretty. It’s full of restaurants, cafes and lingering ex pats who don’t want to go home, and also Don Julio Parrilla where I ate a steak the size of my own head.

There was probably something every hour which I could say “oh god you MUST do this!” But that would be exhausting for both of us, so here are my five best bits of Buenos Aires.

Casa Cavia is a beautiful converted town house with an outdoor walled garden, and is chic to the next level. It has a bookshop, perfumery and florist as well as giant glasses of Aperol Spritz and is tucked away from the main street so it makes the perfect little hiding place. It’s in Recoleta, the old money district, so you’re surrounded by embassies, art galleries and grandmothers in pink Chanel suits. It’s the perfect place to have a long brunch and then stay all afternoon. Also the pumpkin ravioli is to die for. 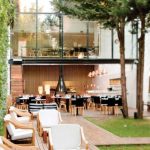 Olsen is a Scandinavian indoor/outdoor affair. We actually went for dinner and had cocktails and a bellini board with smoked fish and caviar (I squealed when it arrived) but there is an excellent lunch menu and the trees will keep you the sun out of your eyes. It’s also in the Palmeo Hollywood district which is full of TV and radio stations so you might even see a local celebrity, though you might need a guide to recognise them. 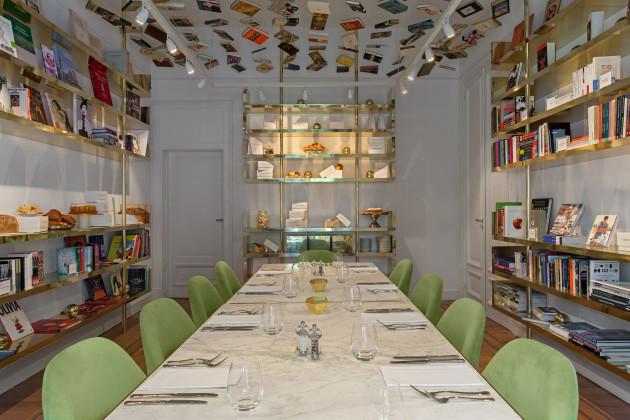 I thought Argentines tangoing in the streets might be a myth to attract tourists but I’m delighted to say it isn’t. From indie boys in cargo shorts to elderly couples everyone seems to know how to do it. One girl even told us it had become her addiction, which is far better than my own addiction to cheese. Apparently young women want to dance with older, even elderly men because they’re much better dancers. You can only get good at it by getting older, which I love.

San Telmo have a huge winding Sunday market full of crafts, leather, food and people. Keep an eye on your handbag but it is an incredible thing to weave through. It’s the oldest area of the city and we went into a half fallen down courtyard mansion with a huge antique market. Follow the market all the way up to square at the top, get a Campari and tonic and watch the locals dance under coloured lights. Then go home and practice.

For my sister’s birthday we drove out to La Bamba de Areco in La Pampas, which is a ranch in the heart of gaucho land. It’s about a 90 minute drive to the glorious open countryside where a gaucho on horseback sped down to let us in. The ranch is high end where you want it (nice hand wash and dressing gowns) and laid back enough that you can help yourself to afternoon tea and lie by the pool until it’s dinner time. Lunch, dinner and breakfast are all included in the night’s stay and everyone eats together at long tables. Lunch was a traditional BBQ following a long-established routine of cheese, followed by black pudding (it was gorgeous and I never eat it) then lamb, chicken, steak and salads. After lunch we had tea watching a horse whisperer, which is a far cry from my post lunch PG Tips at work . It’s a beautifully finished place, completely peaceful and excellent for a read on the lawn while the polo horses train in the distance. 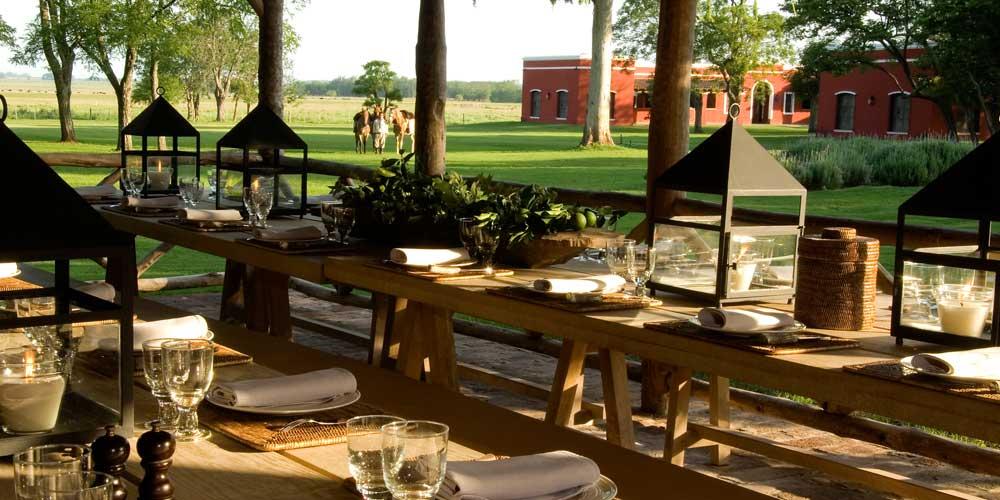 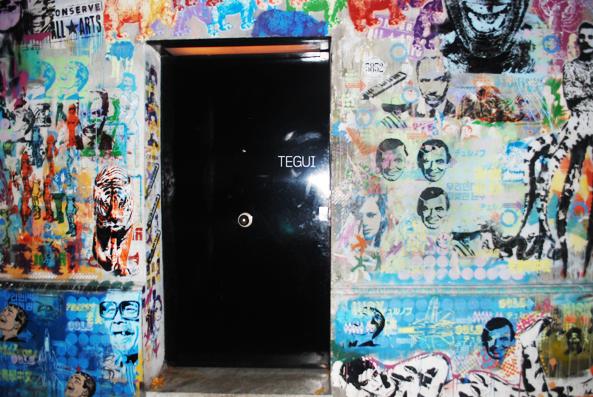 In 2001 the Argentine financial system collapsed and many restaurants closed in the city. Chefs started opening their own houses and kitchens to feed people on small tables and charged nominal amounts to come for dinner. These became known as closed door restaurants and you wouldn’t know what you were eating until you arrived and you’d get what you were given. Tegui started from that same movement and has matured into a high end restaurant. It’s behind a graffitied giant iron door which opens into a stunning black and honey coloured room with candles flickering and stark white table cloths. If you want to be proposed to it’s the ideal place. The menu is a set nine course taster menu accompanied by optional wine pairing (approx £60-£90.) It’s grounded in traditional Argentine food but they’re always finding new clever things to do with it. We had yerba mate flavoured bread, figs and scallops with cherries and chocolate to finish. I even found myself eating sweetbreads as well as veal cheeks, and I used to be a vegetarian. 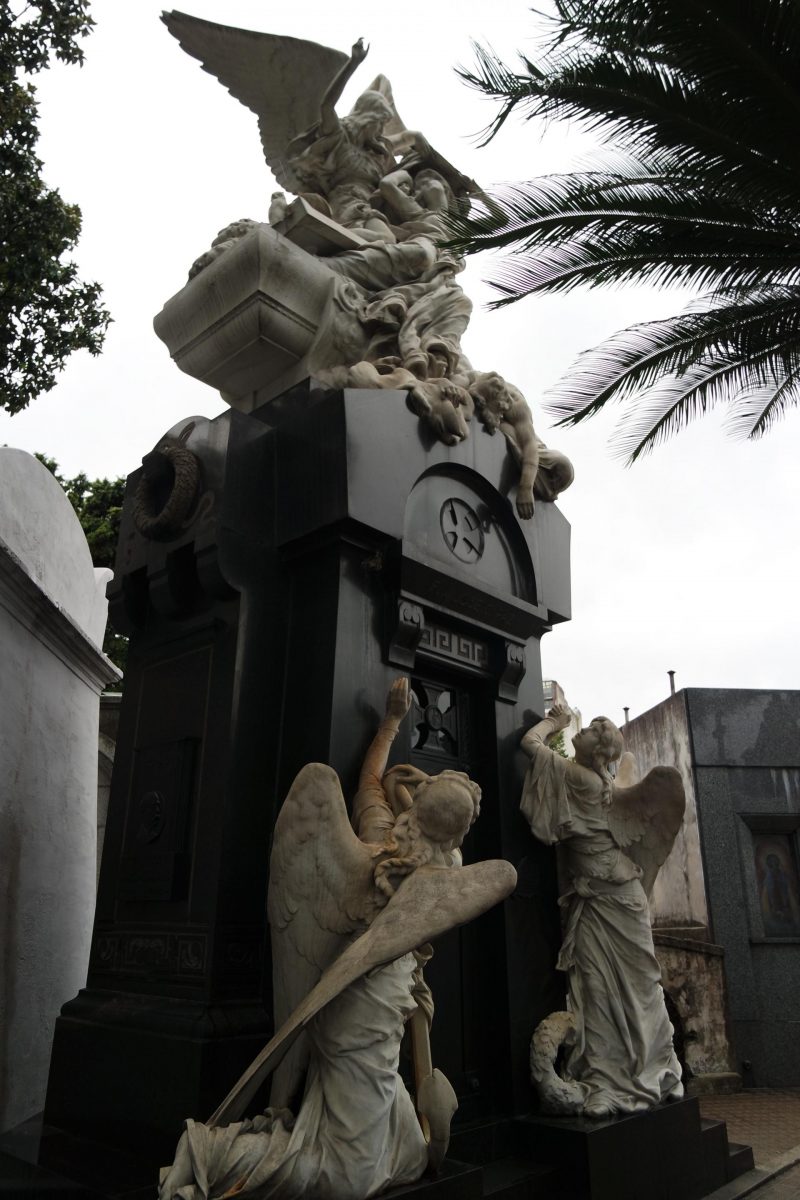 La Recoleta Cemetery is the final word in gothic glamour. It was the first public cemetery in Buenos Aires and is almost 200 years old. Evita is buried there as well as presidents, Nobel Prize winners and a granddaughter of Napoleon. I can honestly say I have never seen anything like it. It’s a huge, imposing maze full of crypts and tombs, some towering in black marble and opulent statues, others left to crumble, long-forgotten by the families of whoever’s buried there. It is creepy but completely fascinating, winding your way through the tiny walkways, peering in through the windows to see flowers, photos, and coffin handles. I can’t emphasise enough how astonishingly beautiful it is, like being lost in some strange village of death and mourning. Tim Burton would love it.