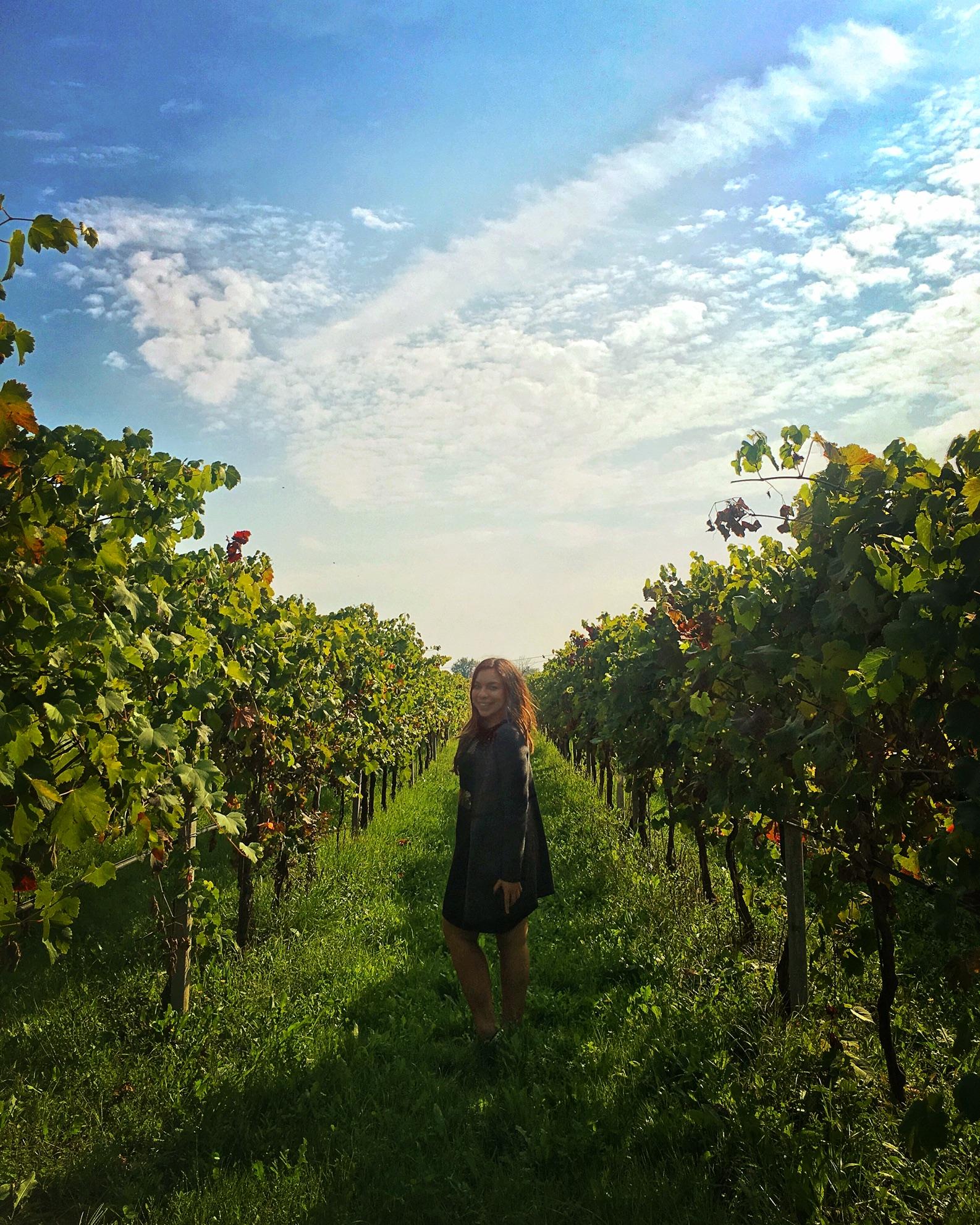 This month, as we welcome autumn and momentarily say good-bye to most beaches and sandy trips, Hashtag Life did something a little different.

We stepped into the world of pasta (and yes, there is a whole world of it out there), on a whirlwind weekend trip to Parma, Italy, courtesy of Barilla, the world’s largest pasta manufacturers. Hashtag’s food-afficionado Sandra Greiss captures a snippet in her feature piece, of a weekend spent in the trails of one of the most cultural and rich regions for many a favourite staple ingredient in Italian cuisine.

There’s no better way to celebrate National Pasta Month than with a post on our recent adventures in Parma for the World Pasta Championship. For the sixth year running, Barilla held a competition in search of the world’s best pasta chef, set in what is considered to be the heart of Italy’s food region.

Barilla, an Italian family-owned company founded in 1877, is the largest pasta producer in the world. The size of their factory is astonishingly big, covering 150,000 square meters, over seven stories and they even have their own freight train to transport the wheat to be milled. They produce 1,000 tonnes of pasta every day, in over 100 different shapes, equating to four billion plates of pasta every year. Not only do they make pasta, they also have their sauce range, gluten-free range and baked goods.

Barilla, the Willy Wonka of the pasta universe, work on the concept of ‘grain to bag’. They clean, sift, mill the wheat grains, then produce the pasta dough, shape, cut, dry, and finally cool them before being packaged and sent off to the different markets. What was very obvious during our visit to their factory is the technological advances they use. From the intertwined pipes, that resemble tree branches, used to sort the flour by weight and particle size, to the machinery which mixes, rolls and shapes the pasta dough in incredibly precise and systematic steps controlled by temperature and humidity. Yet the main showstopper of our weekend was the 3D printed pasta. In celebration of the World Pasta Championships in Parma, Barilla served this impressive piece of innovation for the first time during a fabulous dinner for around 200 pasta enthusiasts, from competing chefs to judges and press. 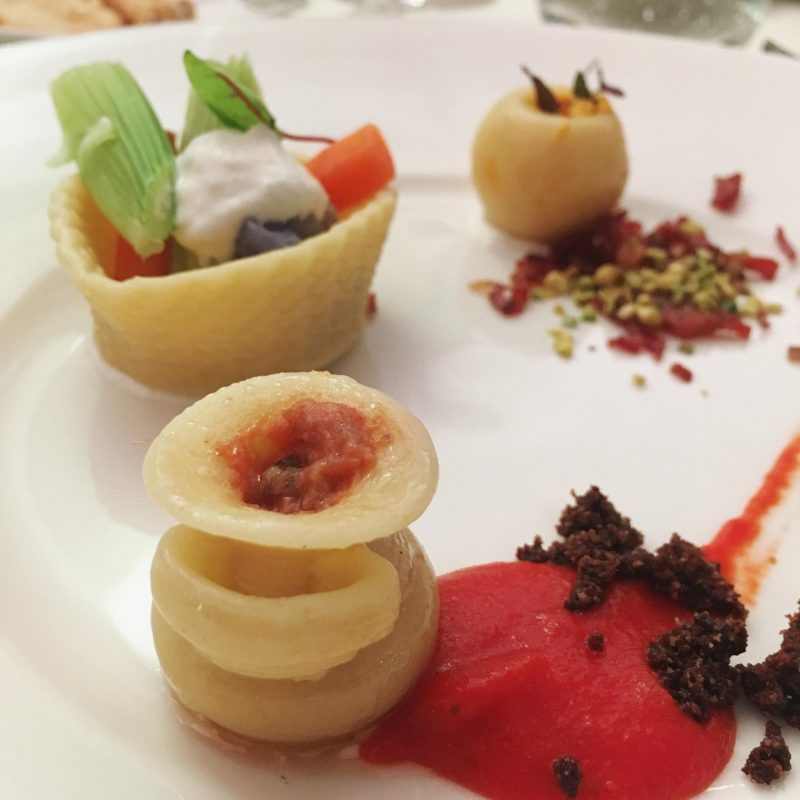 The competition stretched over three days, beginning in Milan and ending in the Academie of Barilla in Parma. The five main judges of the event were well renowned Italian michelin starred chefs, as well as two additional honorary judges on the day of the finals. Over a hundred of us gathered on the last day to watch the best three, out of 20 chefs, cook their signature dishes. First up, Accursio Lota, originally from Sicily and based in San Diego, cooked his take on a seafood carbonara. Fish eggs replaced hens eggs to obtain the same consistency, texture and viscosity of a traditional carbonara, yet no dairy, eggs or meat were added. The spaghetti was mixed with a seafood bisque until reduced, then perfectly spooned on a thinly sliced layer of raw fish that would then cook in the residual heat of the pasta. Salivating whilst watching Accursio create this beautiful dish, we knew his would be special.

Next up was Kieta Yuge from Osaka who was regarded for his outstanding ability to fuse gastronomic flavours and wowed the judges with his pasta dish made using fusili, lentil crisps and a variation of scampi. Kieta captivated the audience with his meticulous, careful and precise style of cooking and made the most beautiful dish of the competition.

Last up was Omri Cohen from Israel, the most confident out of all and a real pleasure to watch prepare his dish. His mix of Middle Eastern and European flavours made his dish the most interesting in terms of ingredients. Chargrilled aubergine, steamed grouper, and a punchy romesco sauce accompanied his pasta. All three finalists showcased immense talent, authenticity and passion for pasta and were a true pleasure to watch. It’s a shame we didn’t get to taste any of the dishes. After much deliberation, the judges crowned Accursio Lota the World Pasta Champion of 2017. Pasta truly is cosmopolitan and global, which was reflected perfectly through the variety of origins, flavours and the authenticity of the dishes. Now what better way to end the championship than with a pasta party! 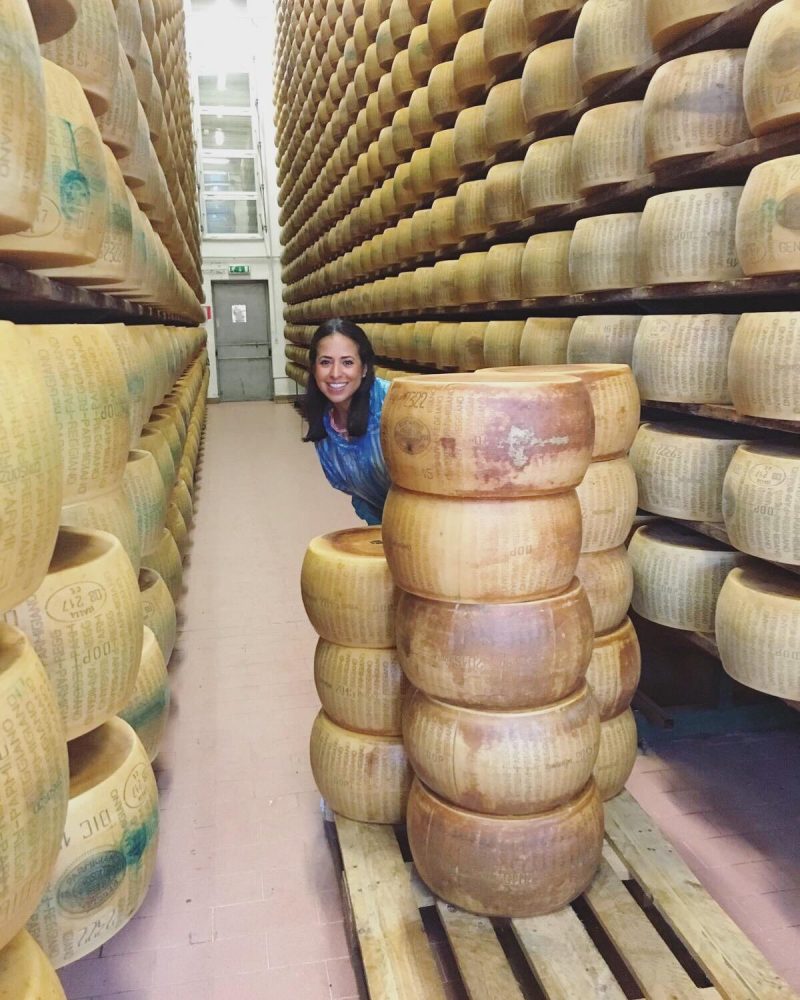 For a long time, Tuscany has been renowned for its beautiful scenery and architecture, delicious food and crisp wines. Despite being the land of bolognese, parma ham, parmigiano reggiano, Lambrusco and balsamic vinegar, Emilia Romagna only started having presence on the ‘food map’ in recent years. On our final day in Parma, we visited a parmigiano reggiano dairy where we were taken through the different steps needed to produce this perfect D.O.P cheese that most of us take for granted as a condiment to our pasta dishes. With such strict regulations, not anyone can become a parmigiano reggiano producer. Like most fine and delicate foods, the process requires physical labour, patience and love. The longer the cheese is aged, the crumblier and nuttier it becomes. Now don’t mind us whilst we hide away in the cheese bank. 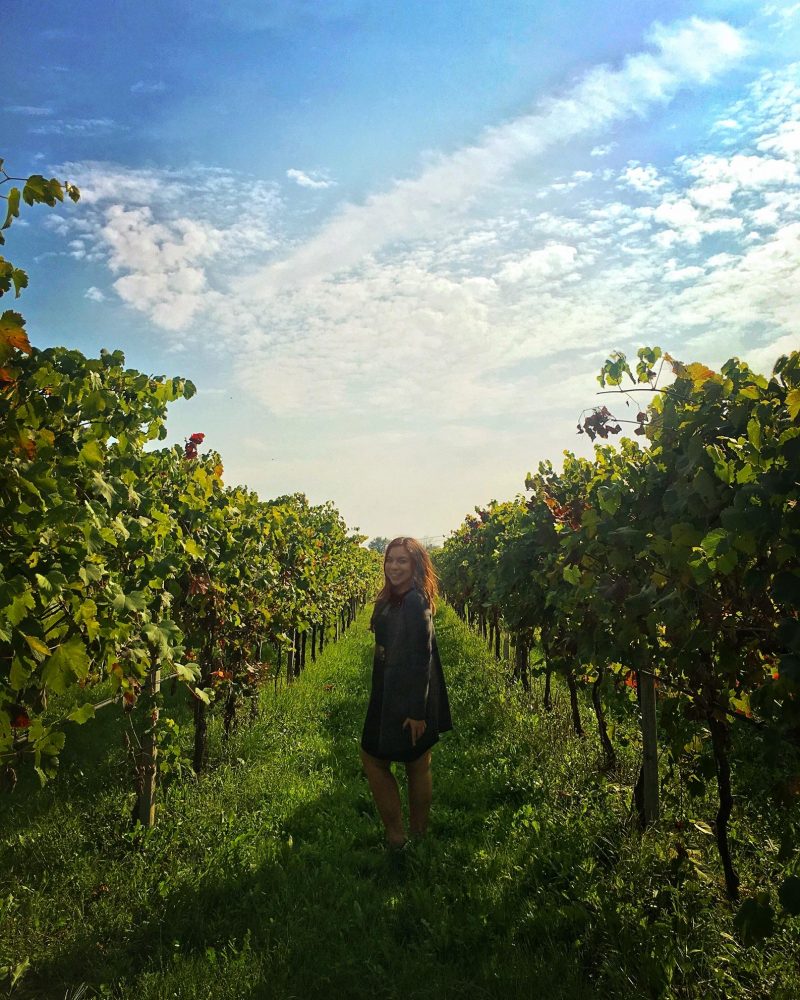 Our next stops were the pomodoro and pasta museums. The region has over 100 museums to visit, showcasing all the delicacies they have to offer. It is not surprising that Italians are proud of their food and produce. A delicious and generous lunch spread awaited us in the restaurant of the museums, where we indulged in parma ham, mortadella, cheeses and the most incredibly fresh spinach and ricotta ravioli and mushroom risotto. Surprisingly, it had taken us a couple of days to discover Lambrusco wine, a slightly sparkling local red wine and a perfect accompaniment to all the rich food the region has to offer. Our final stop of the day was a traditional balsamic vinegar producer in Regio Emilia. For it to qualify as D.O.P and be sold as traditional balsamic vinegar, it can only be produced in Modena or Regio Emilia and must be made of 100% cooked grape must. Seeing as the fruit of their labour only comes into effect at least 18 years after the process has started, most traditional balsamic vinegar producers do it alongside their main wine production. 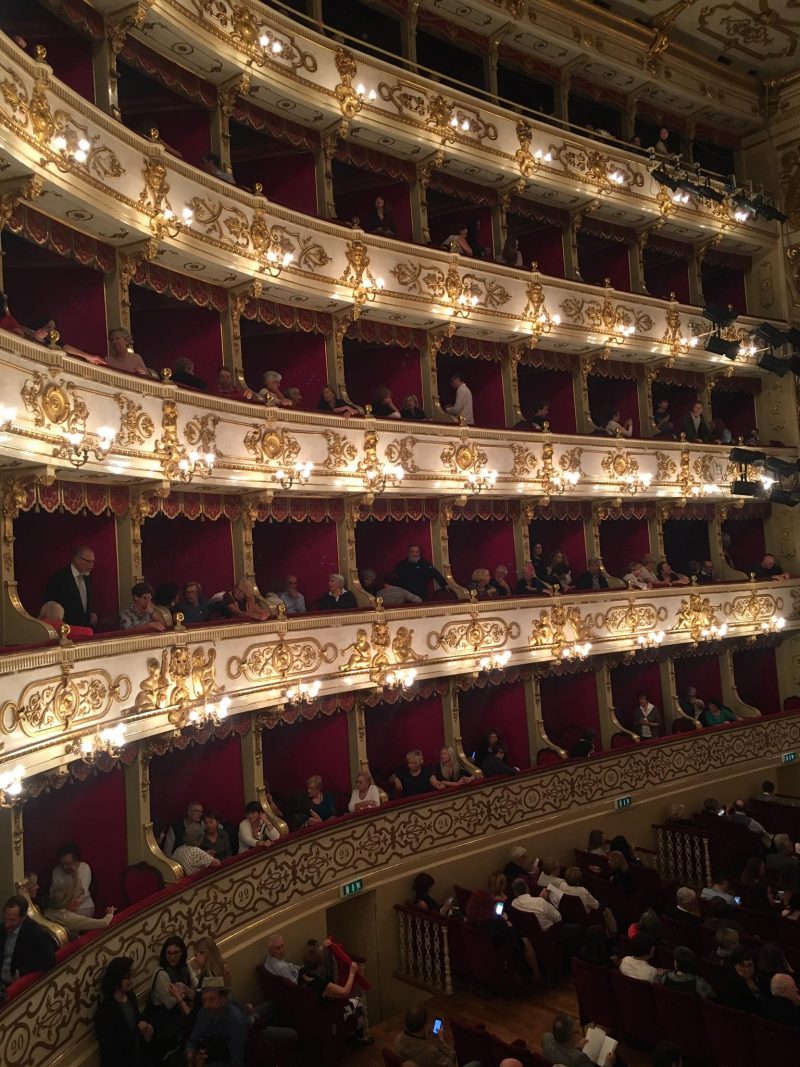 As much as Emilia Romagna is the food destination of Italy, that region also proudly celebrates Italian culture, music and history. The whole month of October is dedicated to Verdi, the famous Italian opera composer. We were fortunate enough to attend the first night of the festival, where we experienced a modern take on Stiffelio. The actors, choir and audience were all mixed in the arena of Teatro Farneze, which hadn’t been used for years. It was definitely original, exciting and a hell of show! Another amazing and slightly cheaper way to experience the festival is by attending dress rehearsals of the show. Let’s just say that they make sure you don’t miss out on such a wonderful experience.

A long weekend in Parma may seem enough for a visit but the more time we spent there, the more special that city felt. From the warm people, delicious food, perfect wine and lively cafés and bars, we can’t wait to be back!  By Sandra Greiss. 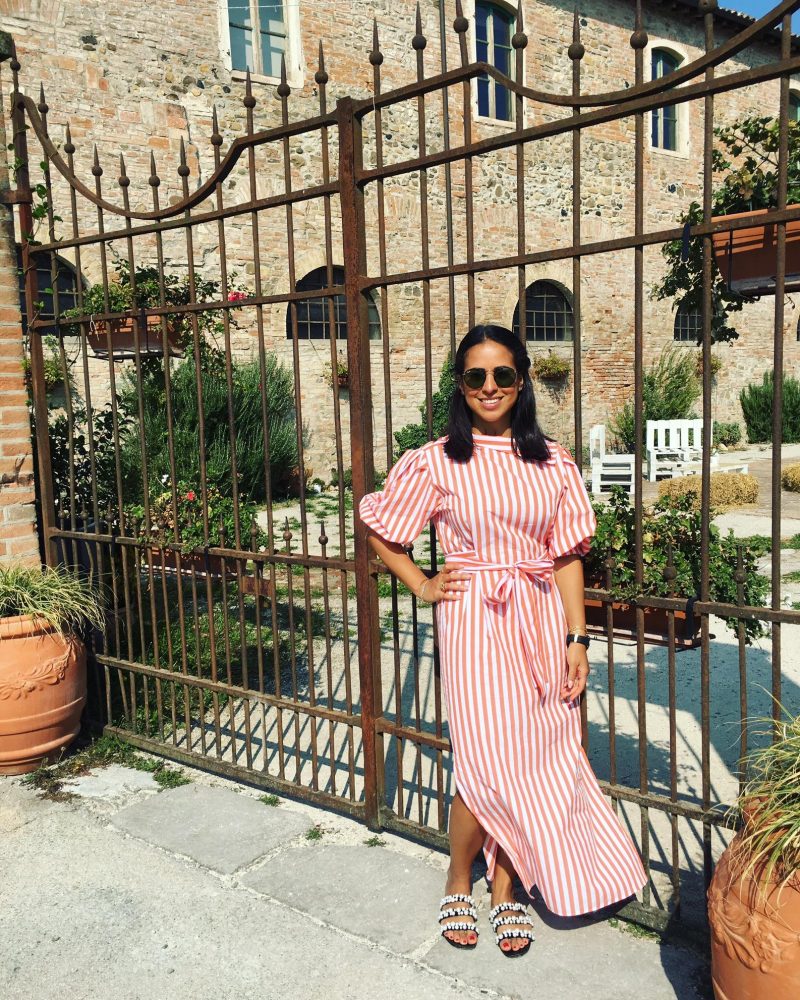 Sandra is the author of the all-things-authentic food blog unepetitegourmande.com. When she’s not busy saving the food-tech and fashion-tech worlds, Sandra will be found making her mark around London’s food scene one hidden find, new venture, modern cuisine, pop-up restaurant, or supper-club at a time, along with the occasional Michelin meal where she’ll nearly always end up with chef at her table! We sent Sandra to Parma courtesy of Barilla, so we could get a ‘real’ taste of the culture, production, and history behind the foods we all love to indulge in.

And visit www.unepetitegourmande.com for Sandra’s special touch on discovering gastronomy the traveller’s way on her trips abroad.