The Allure of novikov

There is a phrase I once heard: “build the dream and the people will follow”, which has since been evoked by few and special venues which ignite synonymity with it. Such is the befamed Mayfair haunt, Novikov. The reason for this goes right back to the origins of founder Arkaday Novikov’s journey as a restauranteur. With college catering qualifications in tow, Novikov, a young chef, decided to launch his own restaurant in Moscow during the early 90’s era of economic liberalisation. With a $50,000 loan and ambition to boot, he launched ‘Sirena’ a fish restaurant lined with a glass aquarium below the floor. And so, with this inspired idea for its time; Novikov had built a dream – and the people followed. So much so, that even the local Russian Mafia appeared with all the threats you might imagine, to get him to hand over the business to them. Somehow, he lived to tell the tale that he did not. Two decades later, with a repertoire of successful restaurants, Novikov set his sights on the beautiful 500-cover space in the heart of Mayfair; and just as each individual vision he has had before it, London’s favourite Asian and Italian inspired restaurant has thrived ever since. 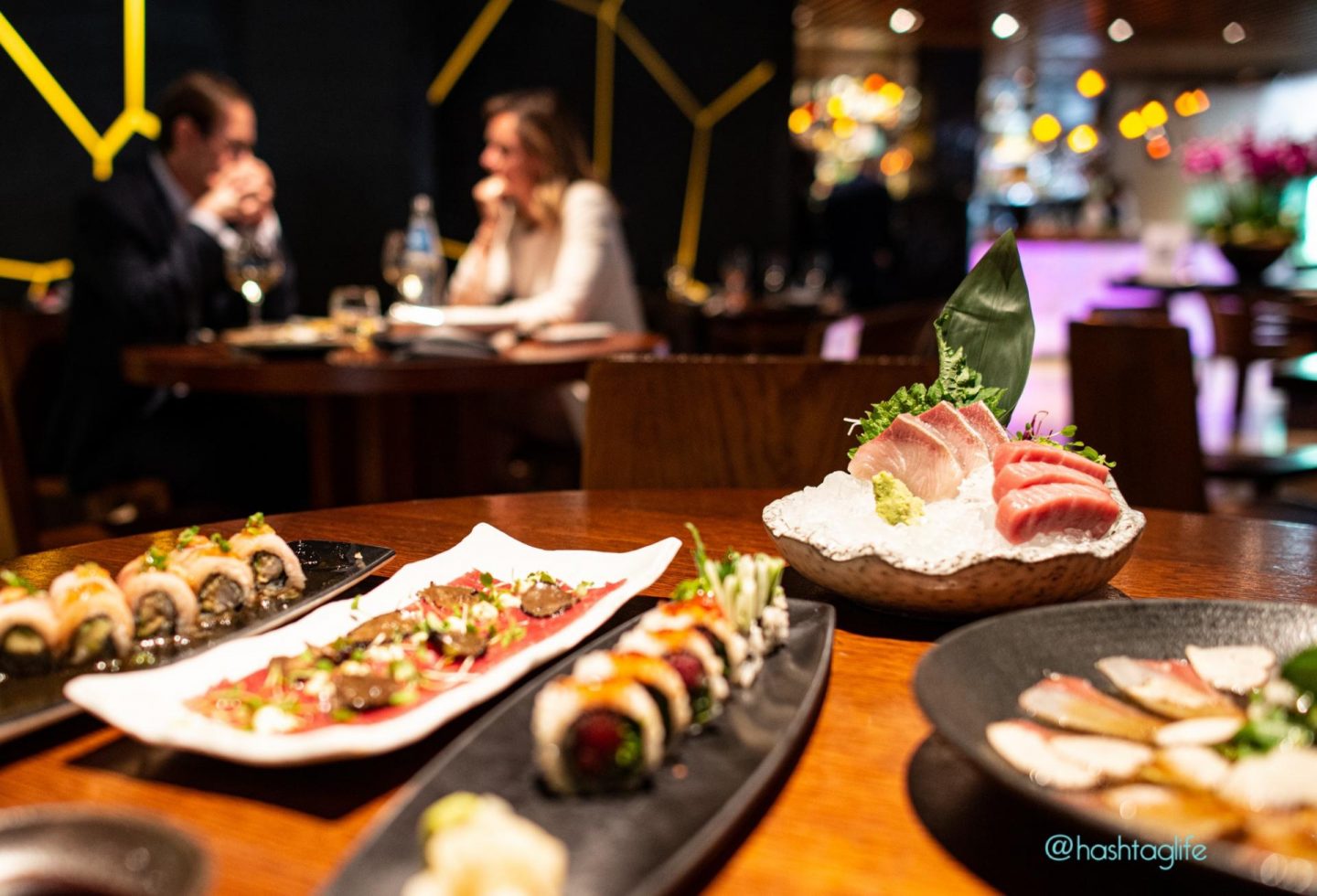 You don’t need to tell people to visit Novikov, and you don’t need to tell them why. However, many might think that most, if not all, of it’s appeal lies in the glamour of the area, the people who frequent it, and the nightly entertainment and luxurious ambience that come with a reservation at Novikov. I would say however that all these factors are simply peripheral to one thing alone: Novikov’s ability to master culinary artistry. We visited the Asian restaurant on this occasion, focussing on a few sections of the endless menu on offer, and each dish, in truth, was rich and colourful art. Here is a look at what we ordered; 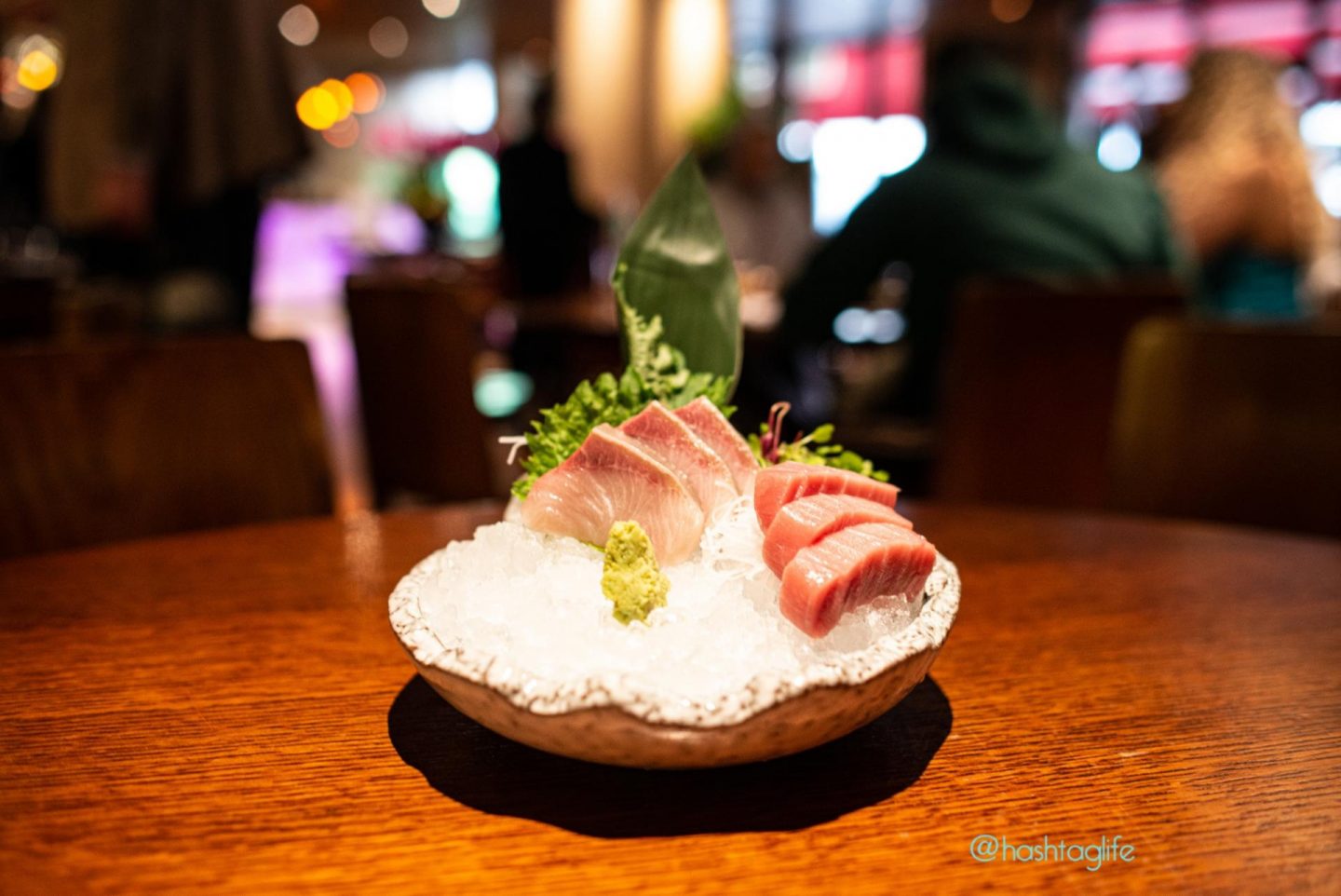 Novikov's Asian Restaurant menu has no dearth of finely selected signature grade sushi and sashimi. As the latter always serves as an excellent palette cleanser we chose two beautiful cuts of tuna from their 10 styles of Sashimi and Nigiri selections. The Chu-Toro is without doubt a show stopper; we opted for 3 but would highly recommend 5 pieces of this soft, melt-in-the-mouth Spanish tuna cut. It's incredibly marbled texture outshone even the Yellowtail which in its own right is usually regarded a very soft cut of tuna.

Nothing does truffle justice quite like the beautiful blend of thinly sliced sashimi, and the tangy succulence of Asian soy marinades. A staple dish in many Japanese restaurants, Novikov of course perfects the Hamachi Truffle Carpaccio with these finely balanced and markedly fresh flavours 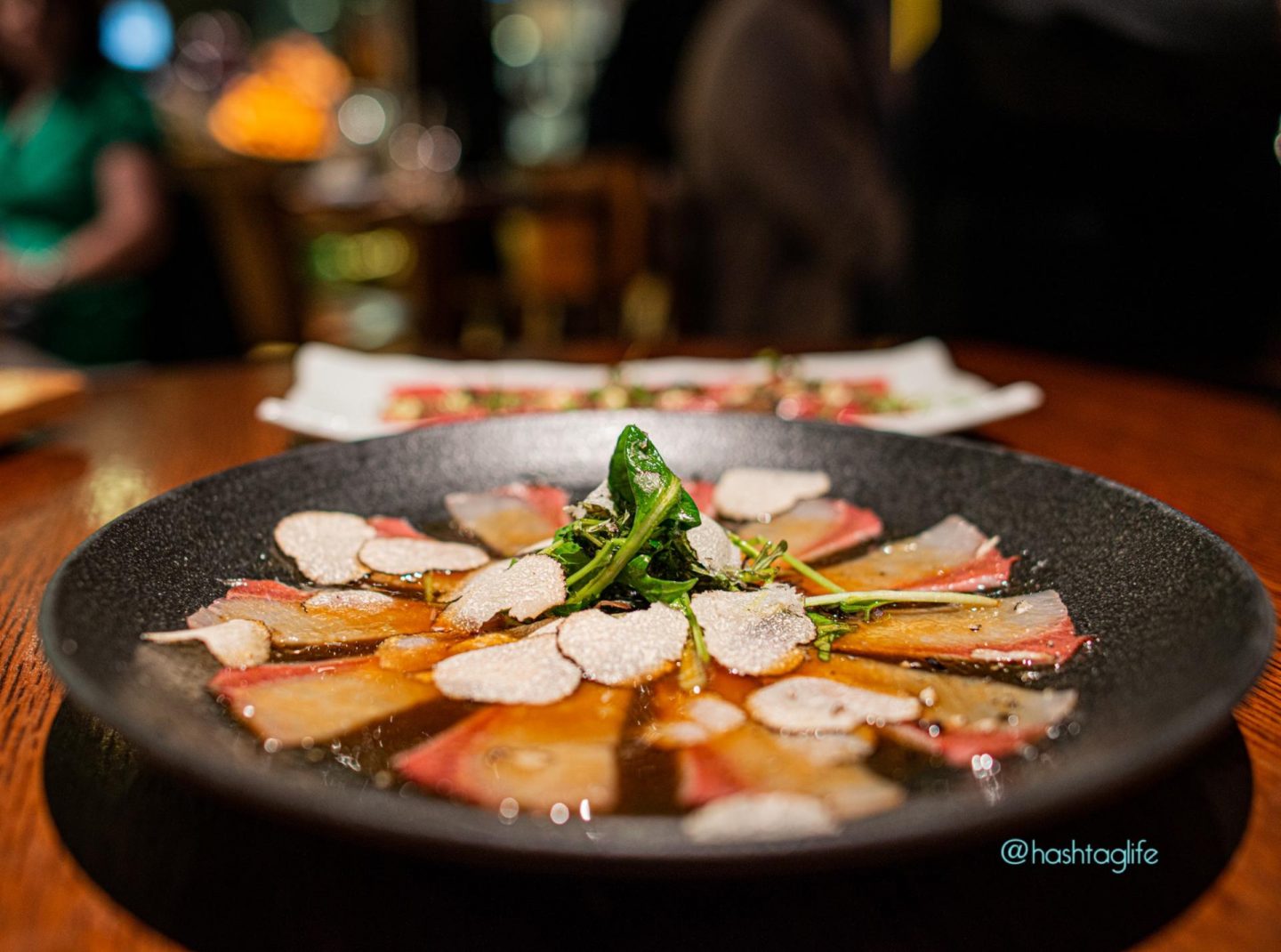 14 beautifully crafted sushi rolls on the Novikov menu spoil you for choice, especially when they range from tempting combinations of 'scallop and jalapeno' to 'langoustine chu toro.' We opted for the Hamachi Yuzu roll, after it's sister dish in the sashimi section blew us away, and the Mizuna Spicy Tuna, which boasts a delicious balance of the sea-salty, fresh cuts of tuna and mild peppery tang of the mizuna leaf, akin to a soft arugula flavour

Whilst all Sushi at Novikov can be regarded as 'Premium' Sushi, you might understand why this roll is especially given its accolade. The Tuna Gunkan is one of two Gunkan style dishes on the menu, the other being an equally tantalising choice; quail egg and truffle. Back to the tuna however, the deep red, succulent dices of tuna sit above a bed of rice, wrapped in a thick generous coat of seaweed, meaning Gunkan rolls tend to pack much punchier, robust flavour than the typical tightly-wrapped sushi roll. Topped with a nutty black caviar and dusted in gold leaf, this two-piece roll might seem small, but delivers a hearty mouthful of round and robust flavours. 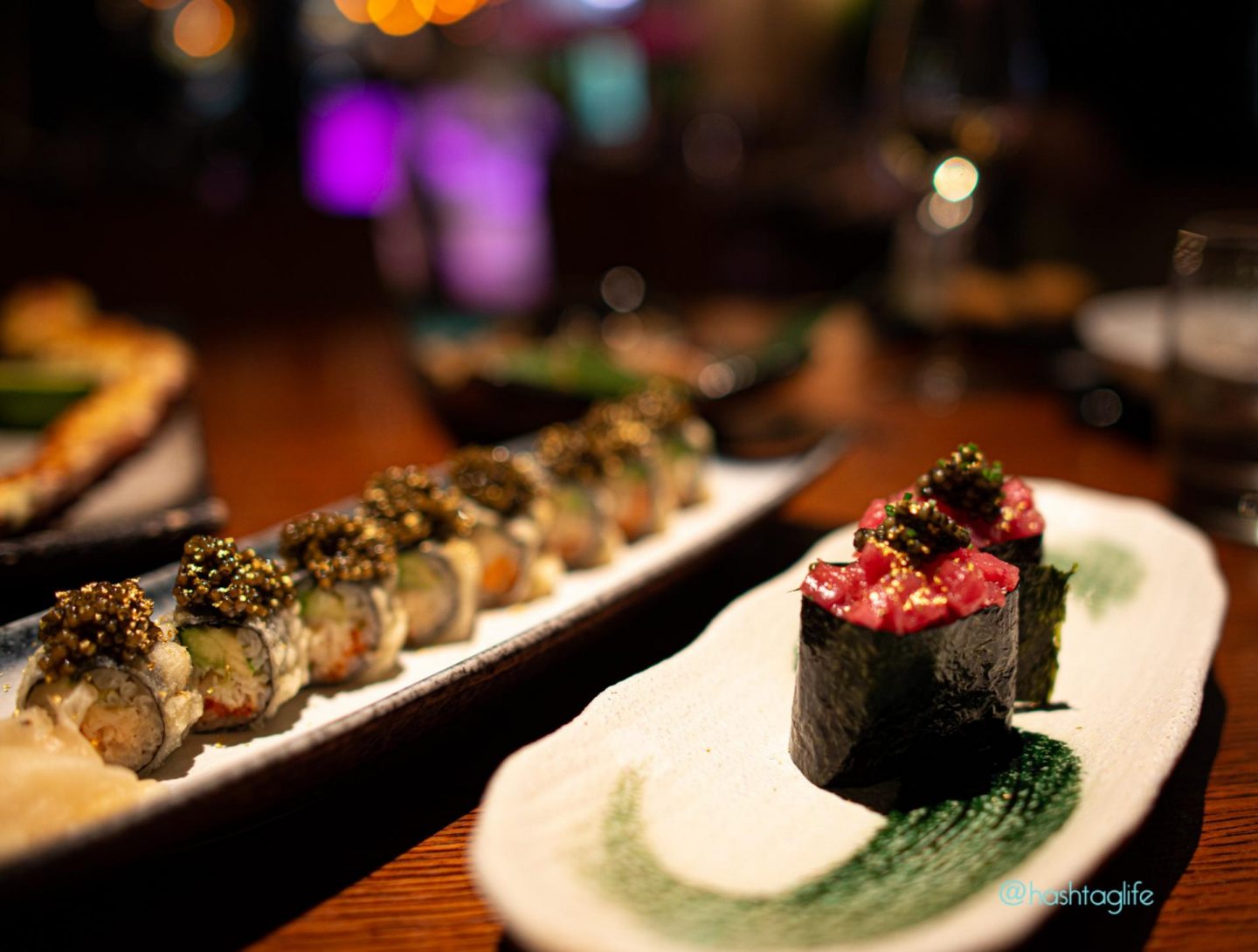 This roll comes with a price tag which may make a few eyes water; yet this is the authority Novikov has which not many other rivals can successfully pull off; to headline their sushi selection with a show-stopping roll which should almost serve as compulsory tasting; it's that successful at delivering in promise, and on its price. The Crispy California Caviar roll first delivers the light, flakey, tropical and sweet notes of the prime crab meat. It then delivers the genius of this dish through the addition of Novikov's black caviar. It becomes clear mid-mouthful that the addition of the caviar isn't merely for excess; it adds a wonderful harmony of a sweet, nutty brine which pops in your mouth, complimenting both the texture and flavour of the crab in utter balance. 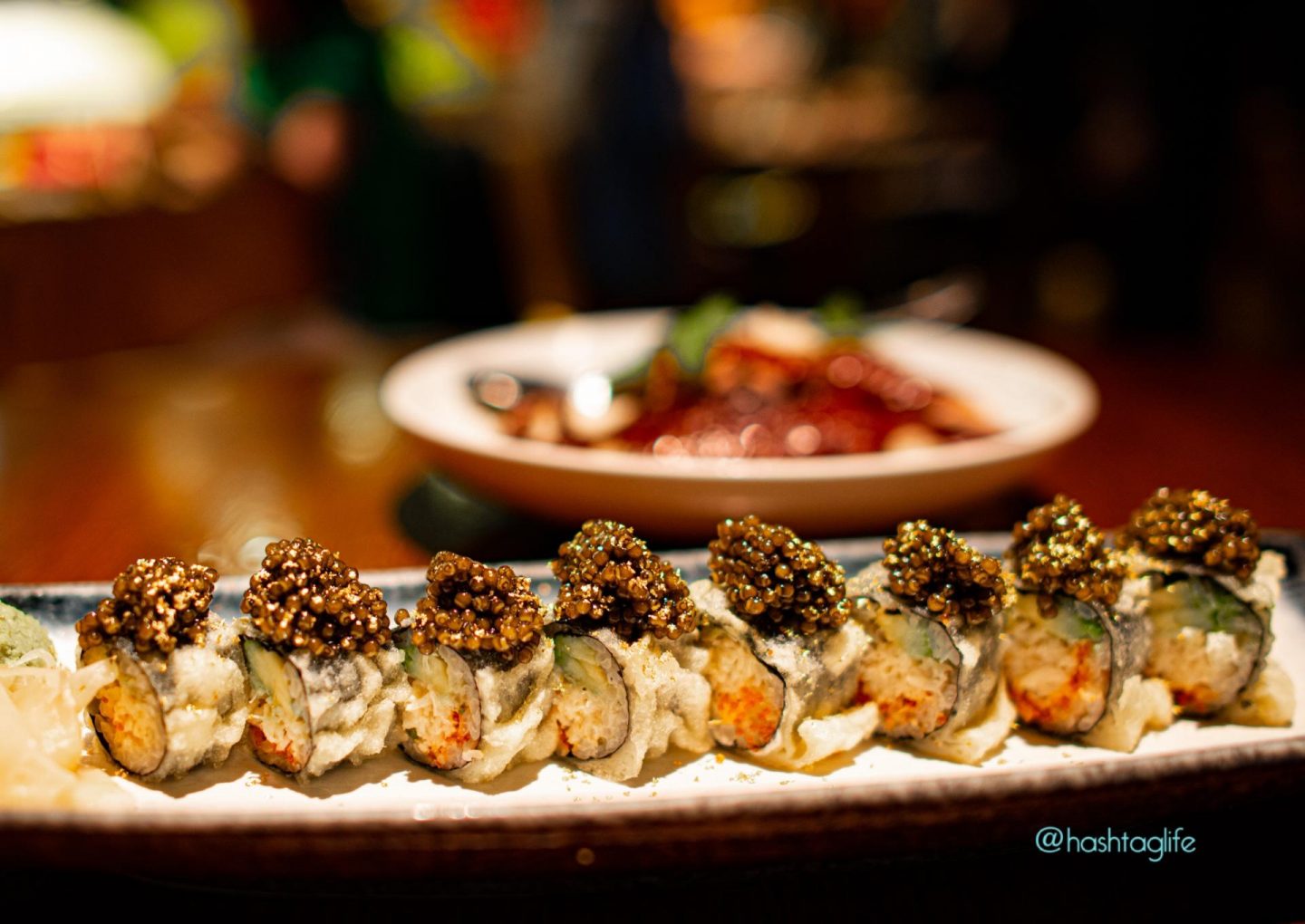 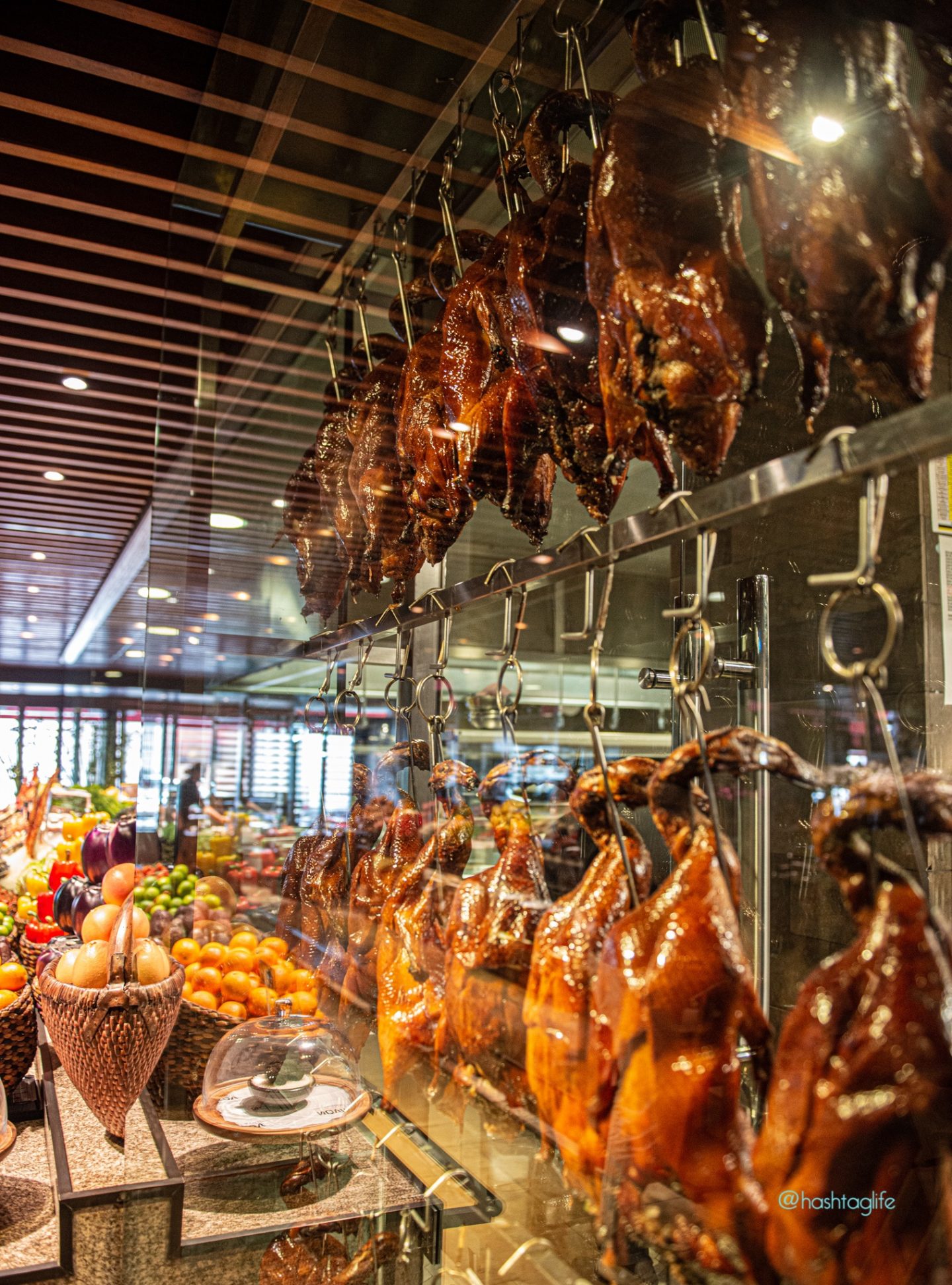 Paying due homage to signature Chinese dishes, the Asian menu at Novikov could never over-look one of the best loved dishes; glorious Roasted Duck in all it’s many, utterly-satisfying forms. From a roasted dish in a beautiful mushroom truffle and duck broth such as the one we ordered; to the beloved ‘Peking Crispy Duck’, Novikov dedicates an entire section to the meat, with options which include truffle, caviar, and foie-gras additions. Our roasted truffle duck was surprisingly light and comforting, balancing out the heavy flavours of the crispy duck fat and generous breast meat. 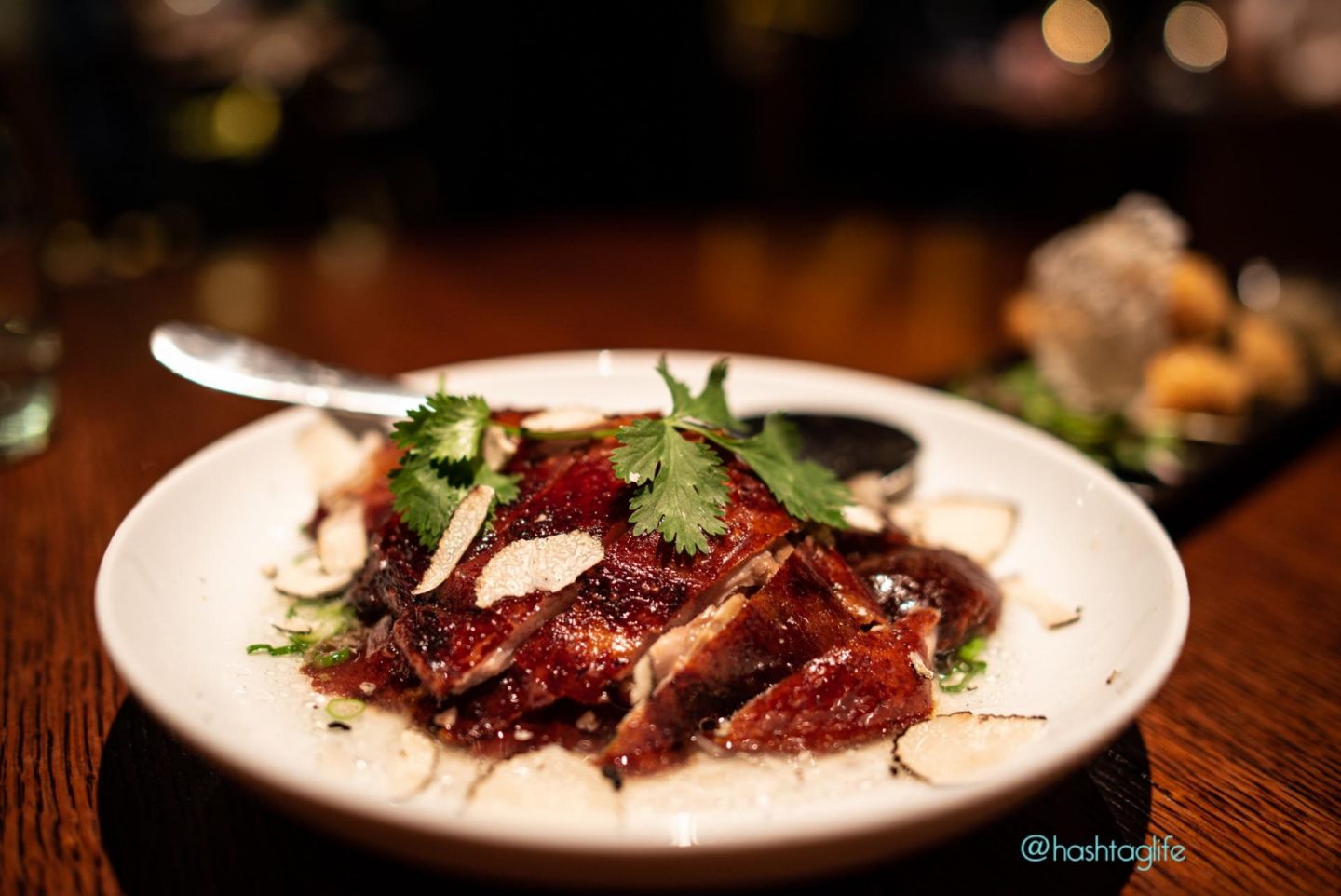 Throughout my travels, I have been no stranger to superb; and sometimes larger than life seafood. However, the King Crab Leg selection boasted by Novikov, and on display in it’s open-air fridge of fresh fish, will give most others a run for their money. These mammoth, meaty crab legs come gratinated and grilled in a variety of garnishes; the all-time favourite being the Wasabi-Cream, not spicy at all, but ultra luxurious, fluffy and moreish. 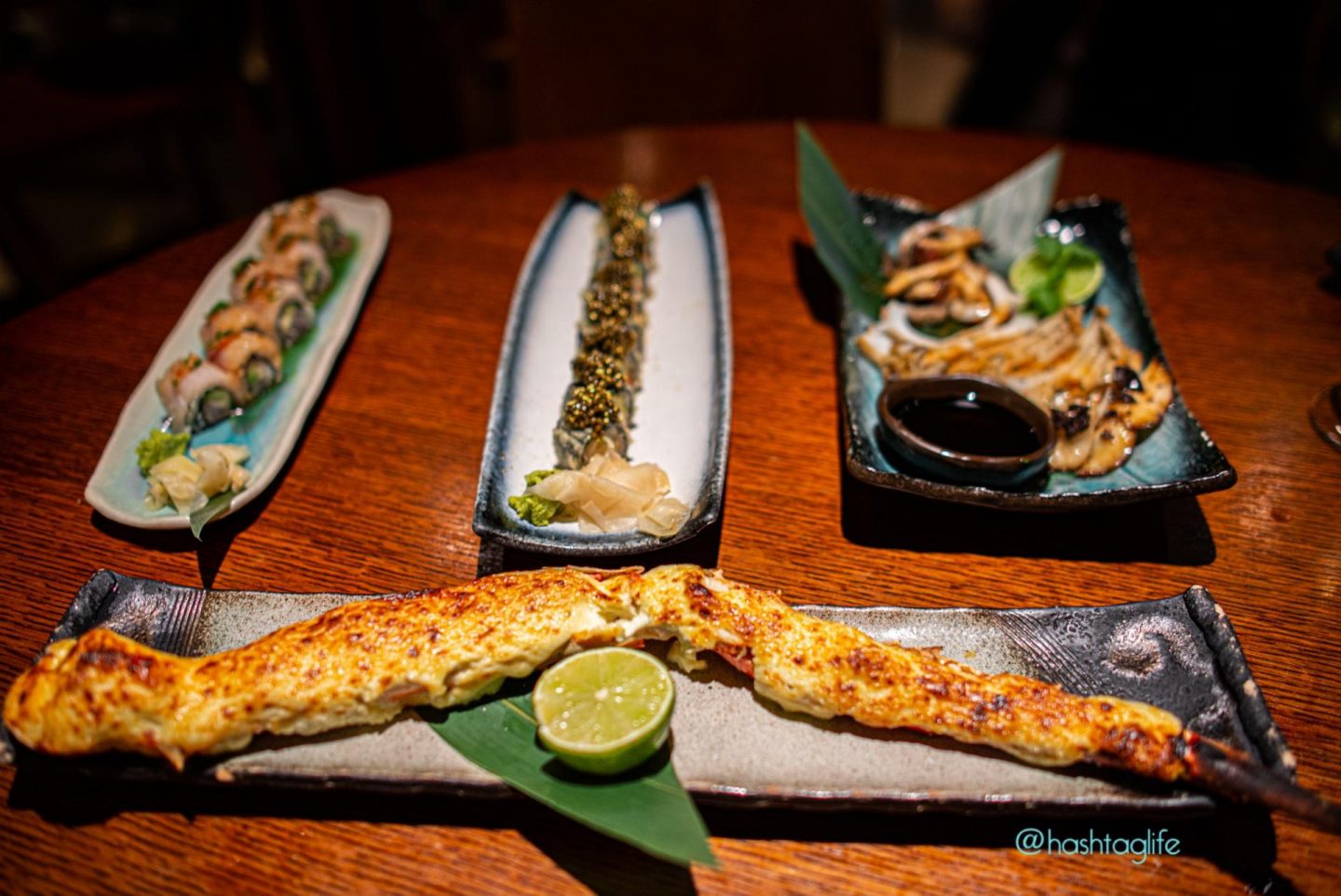 A continued exploration of the menu at the Novikov Asian restaurant could, and should, continue for visit after visit. Justifying its price tag more so than many of its Mayfair peers, is Novikov’s ability to spare no expense for the quality, talent and creativity of its expansive menu and chefs. It adds subtle modernity to an already established Modern Japanese cuisine, with additional Asian influences, and a visit here will pique any guest’s interest as to what wonders it’s Italian counterpart holds. The answer lies in simple discovery; once you’ve had your tastes fulfilled at Novikov Asian, there’s no denial for a visit to Novikov Italian. The day to night transformations of the ambience and clientele each hold their individual charms, but Novikov’s menu alone is why I would return time and time again for unrivalled dining in the heart and soul of London.

Book your visit to Novikov now, whether for casual dining or special occasions at the Asian and Italian restaurants, or evening entertainment at the eclectic Lounge-Bar

Contemporary, cool fine dining in the heart of mayfair