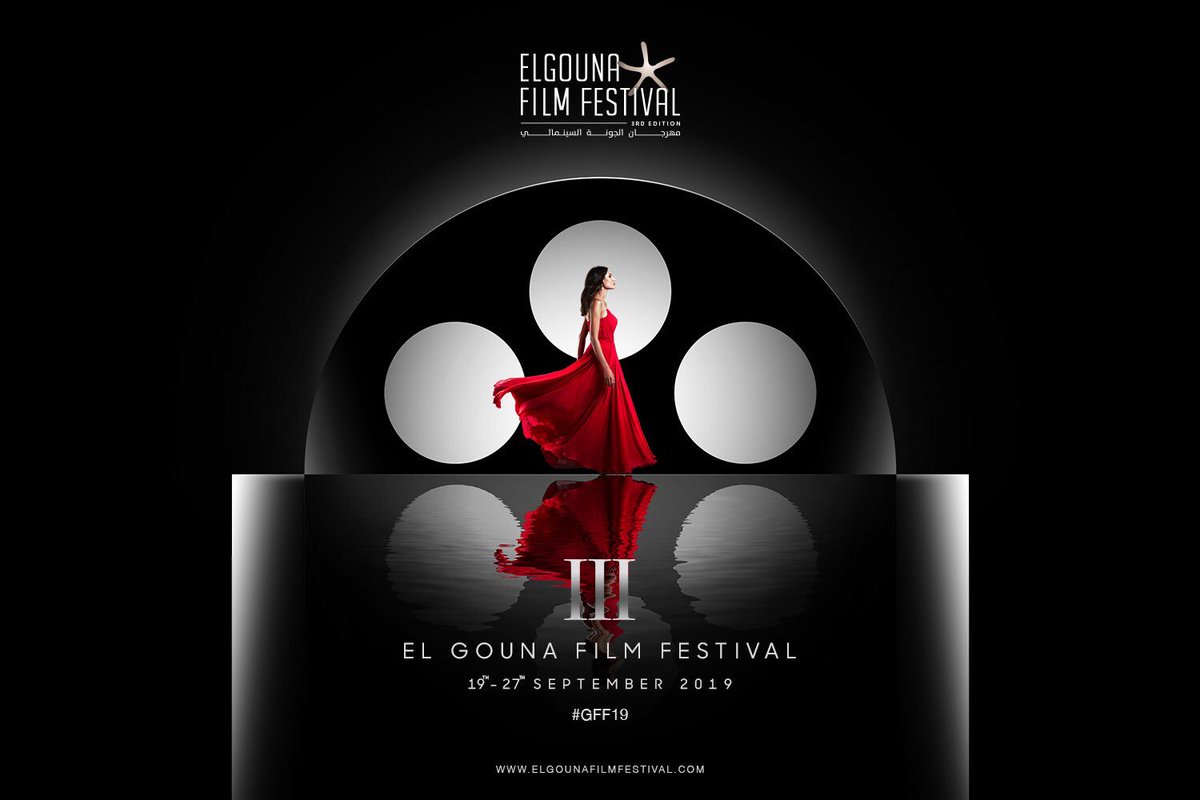 Hashtag Life attends and celebrates the 3rd Edition of the monumental El Gouna Film Festival, in Egypt ~ and discovers the beauty and year-round appeal of this perfect beach town destination

October is the month of glam in El Gouna. I re-learned, the age old adage that ‘everyone who’s anyone’ flocks there for the month following the Film Festival, because, true to Middle Eastern flair, why spend one week celebrating, when you can spend the whole month?

We attended the 3rd El Gouna Film Festival in Egypt, in what still feels like a hazy, happy memory. The festival itself is organised and run to near perfect efficacy, with a mixture of both the most current and most timeless global and regional stars in attendance.

Egypt has long formed the centre point of the Middle Eastern Art, Film and Music arena. All film, music, prose, and literature are dictated in the Egyptian dialect, as it is widely regarded as the most poetic of the region.

The Film Festival is spearheaded by the most commendable names in the film industry, and world-acclaimed stars, actors and performers adorned the Red Carpet events and critically-acclaimed Opening Ceremony. The film-fesitval’s mission is to showcase a variety of Middle Eastern and international films to a passionate and interested audience, whilst also bridging connections between various cultures through the art and skill of filmmaking and story making. A recurrent theme throughout the opening nights surrounding the El Gouna festival was that of comradary, investment in the arts, an audience invested and moved by the spirit of creativity, the capacity for narrating and listening to each others stories, and the power of film, music, and artistry. 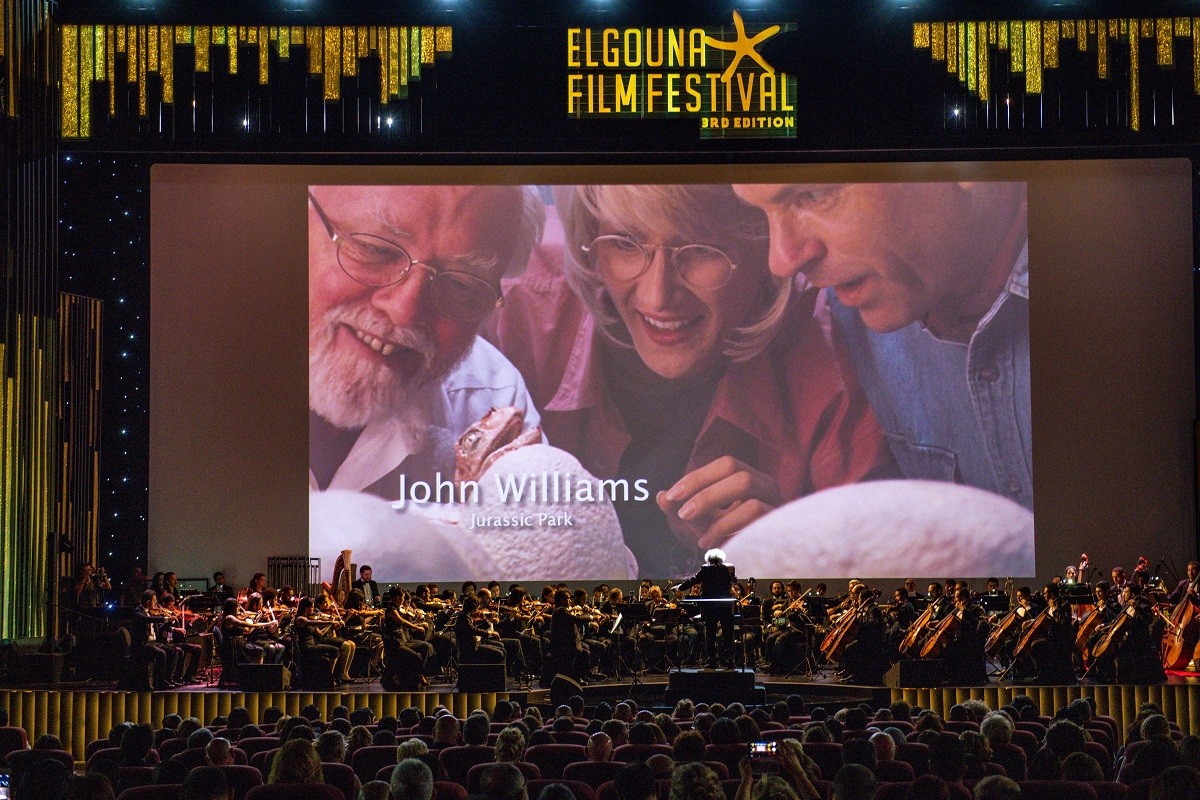 The festival is committed to the discovery of new voices and strives to be a catalyst for the development of cinema in the Arab world, particularly through its industry segment, CineGouna Platform. 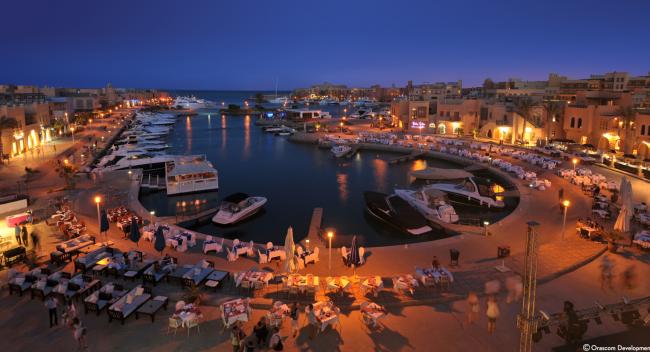 Hosted in El Gouna’s ‘new marina’ which is dotted with many a restaurant, bar, and night-time attraction, walking through the cobbled streets and night-lit venues, we were immersed in a feeling which can only be related to the 70s and 80s, when cultural events felt localised, immersive, and set alight by neighbourly excitement and word of mouth. The precedent that an event so globalised and at the forefront of entertainment news and Hollywood-like publicity, can also feel ‘homely’, authentic, and like a summertime sejour, only reinforces the heart and soul which El Gouna, and it’s Egyptian spirit of culture and hospitality, reinforces into this proudly successful, open-to-all event. We saw teenagers queuing at the box office buying their summertime film preview tickets, in the same line as world-wide film buffs and critics. The inclusivity and homeliness is both humbling, and telling, of the comfort behind being a visitor in Egypt.

But aside from the Film Festival month and all the excitement it embodies, why visit El Gouna?

As a destination, the beachside paradise of all-year sunny El Gouna, in Hurghada keeps a motto of ‘life as it should be’ – that is to say, whatever time of year you visit, you will find a pace and peacefulness synonymous with relaxation, comfort and luxury.

As the flagship destination for, Orascom Development, a leading developer of fully integrated destinations, El Gouna is spread across 36million sqm of Egypt and the Red Sea’s most beautiful, idyllic and pristine beaches. Egypt and the Hurghada itself have been befamed for decades for their timeless, elegant luxury resorts, and as the home of diving, coral-rich marine life, and all sorts of water sports imaginable – thanks in great part to the year-round-sun that the destination affords its visitors. It has also lately become a hub for golfing activities, with both an 18 hole and 9 hole resort, as well as hosting hotels across a variety of budgets, including multiple diving centres, 3 marinas boasting local culture, shopping and dining immersions, and, if all that isn’t enough – excursions to nearby heritage sites including Luxor, Aswan and Sinai, are all easily arranged and reached from El Gouna. 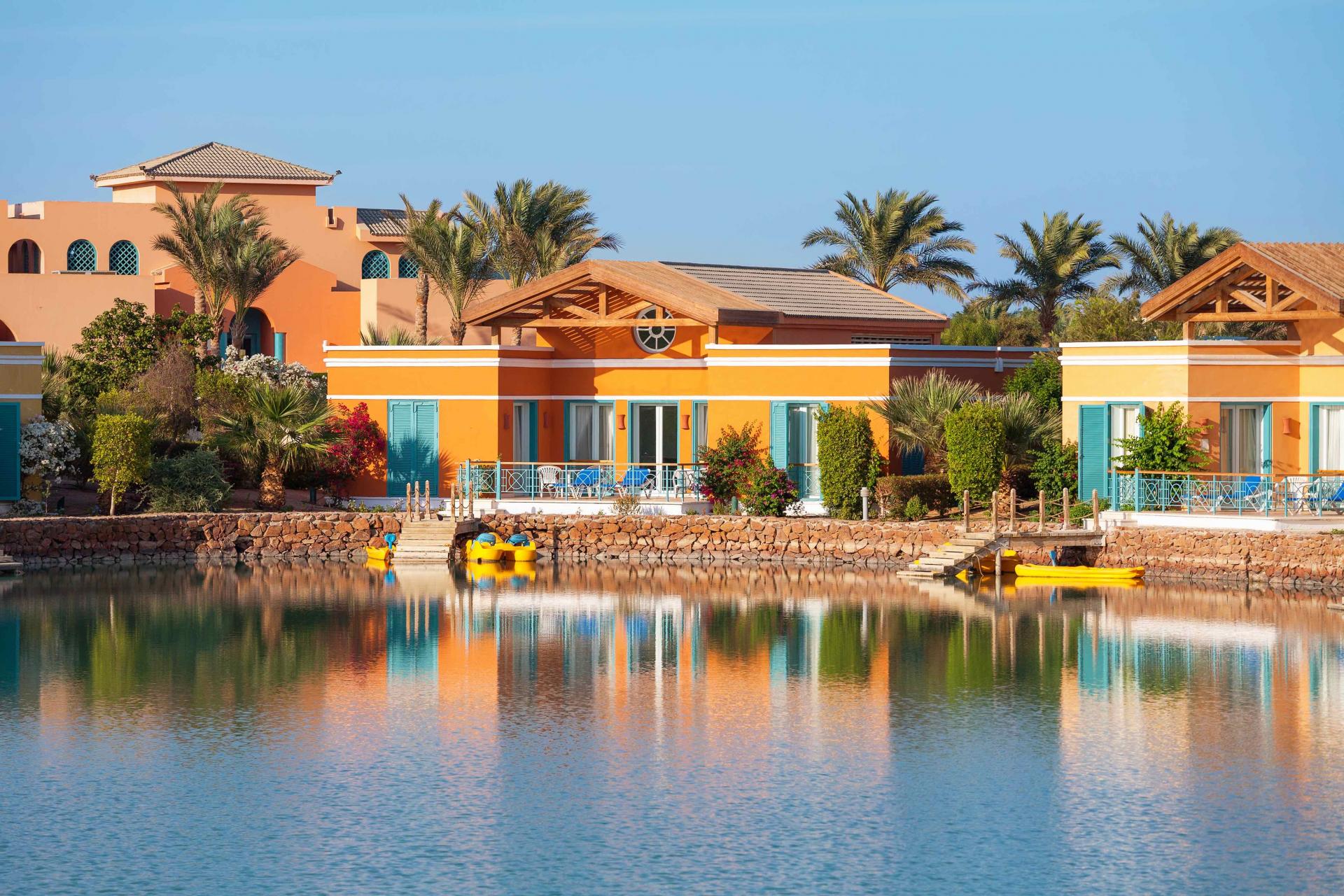 During our time in El Gouna we whizzed around some of the most beautiful hotels of the islet, including the longstanding, and above five star quality Movenpick hotel. The Mövenpick Resort & Spa El Gouna is nestled on a peninsula, with its own exclusive beachfront. It offers spectacular views of the Red Sea, the tranquil lagoons and the lush gardens. The ideal surroundings combined with the resort’s extensive luxury facilities all make for a perfect stay. The charming centre of El Gouna with its picturesque architecture and numerous attractions is only a few minutes away.

For a younger, more all-day beach-club vibe, we visited Cook’s Club – a representation of the modern millennial culture which Egypt boasts – which can be likened to destinations such as Mykonos and the South of France – minus the overcrowding and attitude. If casual, laid back luxury is your game, then Cook’s Club  is the name.

The destination boasts so many more options, ranging from high end to affordable luxury, and so our top recommendations are below for a full spectrum of the offering El Gouna has for every traveller and every occasion:

Sheraton Miramar Resort – From £124 a night

The Sheraton is an award-winning, beachfront resort, mixing Arabian and Egyptian styles by the internationally renowned architect Michael Graves. Built on nine islands, the resort is situated among lush gardens and lagoons. The resort also caters well to families.

Steigenberger Golf Resort – From £95 a night

Situated on El Gouna’s 18-hole championship golf course, the resort’s spacious landscape, lagoons and lush gardens to give it an ‘oasis’-like atmosphere.

An ‘away-from-it-all’ resort offering sea and mountainous views, as well as prime golfing– all within a stone’s throw from the thriving resort of El Gouna.

A beachfront resort with an all-inclusive programme. The four-star hotel is built along a virgin beach expanse of a protected bay. Club-style animation and a myriad of sports and activities make it a perfect choice for active families.

The Three Corners Ocean View is an adult-only all-inclusive hotel located at the tip of Abu Tig Marina. It overlooks the open sea on one side and the elegant yacht marina on the other side.

The all-inclusive Three Corners Rihana Inn is a family holiday resort. Centrally located, it is only a short walk away from the downtown area. A sandy lagoon beach is found on site, while a shallow sea beach is reached in just 10 minutes by shuttle bus.