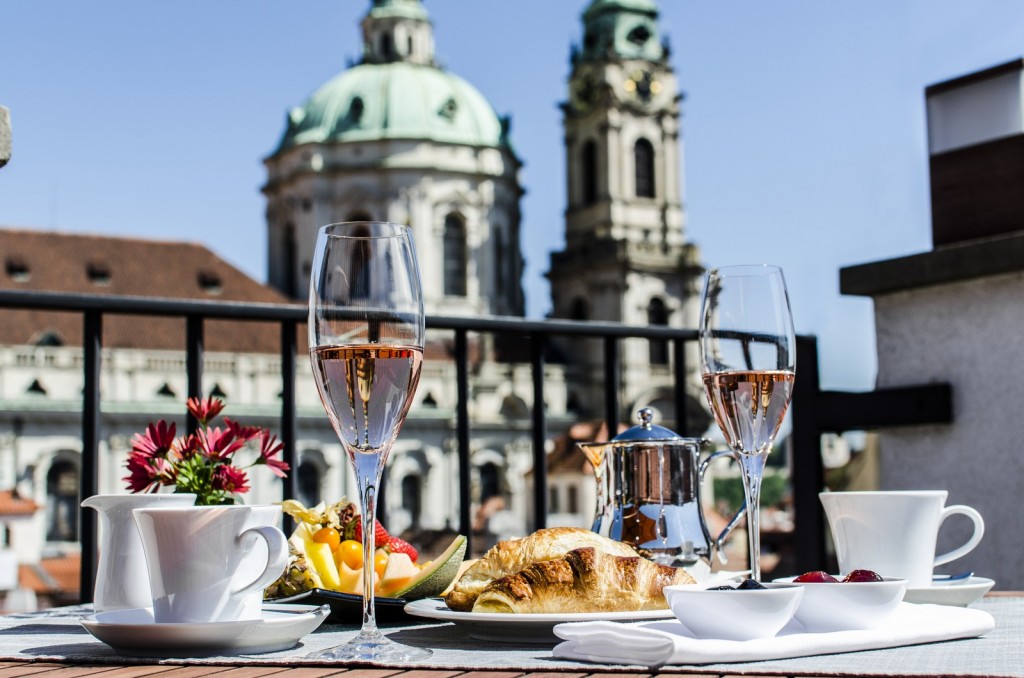 Most people, including myself, research a city before they arrive. Although I did this, before my visit to Prague last month; it was after I returned that I decided to extensively google the term “What to do in Prague.” According to Google, it returns “around 127 million” results. I can tell you I unfortunately did not find 127 million things to do during our 48 hour trip. I did however, find a city steeped in it’s historically enriched landscapes, and one which on instant appearance was a far departure from the “Stag Do” centre Prague is most often depicted as. What I did find, was the beautiful Aria hotel, suitably named as it draws on the city’s musical connotation and the level of detail they pay to this theme is outstanding. On entrance, you find musical notes etched into the hallway, and imprinted into the first carpeted steps you take. 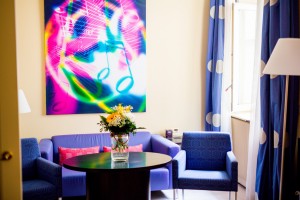 The attention to detail continues, as we are handed our keys by the hotel staff which take the form of a treble clef with a magnetic strip, which fits into the treble clef shaped keyhole that unlocks your room. The rooms are comfortable, spacious, elegantly designed, modern and yet hold onto deep sense of character which envelopes this corner of the city; just steps away from the historical Charles Bridge.

Aria Hotel’s motto is: Beauty isn’t about having a pretty face. It’s about having a pretty mind, heart and soul. During a time where I am convinced we have not only forgotten, but departed from this value in absolute terms, it was fairly wonderful stepping into a city, space, and hotel which seemed to remember and hold onto this simplistic, purifying life value.

The first thing I do upon entering a hotel room, is check the bathroom; never mind that I am always in the company of a friend, so it has nothing to do with how wide the shower heads are or romantic the bathtubs, there is something clearly very deeply embedded in my primal mind that makes the association: elegant bathroom = grand room. Once I have approved of the bathroom, it really wouldn’t matter if the rest of the room resembled a london nightbus at it’s worst hour, I would probably still approve. In this case, there was of course no need to make such a comparison as the room is still stunning; the bed I shall come to later, but perhaps the cardinal sin and greatest guilty pleasure combined, of any hotel room worldwide, is the Apple TV; which Aria have equipped all their rooms with. I call it such, because you will never ever want to leave your room again. The mere realisation that you can download absolutely anything onto your phone, (including 80 year old grandpas dancing to whip/nae on youtube which I was so close to suggesting until my company came up with the much more sophisticated suggestion of a Channel 4 documentary on the behavioural psychology of 4 year olds and my inner adult superseded my outer child) will make you never want to leave your room again. And so I played it cool; I pretended I did not want to sit in bed all day and watch the latest episodes of Being Mary Jane and Scandal whilst on holiday because this is my ultimate Friday night ritual and very little makes me happier than two hours of ogling at both Gabrielle Union and Kerry Washington. The truth is that once we’d sight-seen for a day; incredulous views, hilltops, castles, astronomical clocks, old towns, squares, and all you would expect of a city rooted in it’s mid-millenial Gothic, Baroque and Medieval architecture, we both cooly and casually steered our conversation toward what I believe we had both been planning from the minute we’d become acquainted with our room: A Royal Nap.

“Shall we take a nap?” my friend asked.

“Oh, shall we? Great idea” grandma over here responded.

“Shall we watch something on our, Apple TV?“

The pressing of a thousand buttons later, having perhaps the world’s most functional, straightforward, fool-proof, one-button-fits-all technology, switch on, we were eating our jumbo sized pack of M&Ms (which kind, you ask? the blue ones, the evil, addictive, crispy centred mini-objects of unforeseen diabetes) and watching the aforementioned Channel 4 documentary (The Secret Life of Four Year Olds, if you ever watch it, I absolutely hate the one who’s absolute bully, and whose parents describe him as a ‘beautiful, blond, blue-eyed’ boy, as if that is what one aspires for in a child, as a parent, and not, you know, the capacity to abstain from belly-butting your peers, pushing them over, and stealing their scooters; nope genetic-lottery-wins apparently override good principle, yet once more proving all that is wrong with the 21st Century). What made this heart-wrenching display of childhood politics that profoundly mirror adult life in every way possible, bearable and even deceptively blissful was our royal, plush, fit-for-queens bed. The bedding is exceptionally comfortable at Aria hotel; and whereas this might seem so trivial to a generation preoccupied with how instagrammable a photo is (and lets face it: a well made, comfortable bed, will get you about as many ‘insta likes’ as a 4/10 looker with a ‘great personality’), it is actually trivial to the real travellers; the wanderers who set foot in a city for the city; to discover its people, it’s culture, it’s differences; how we could assimilate for the short while during which we are called ‘their visitors’ – honestly, as someone who has spent the better part of the year travelling at every opportunity she gets, I cannot stress the importance of a good bed, and an impeccable night’s sleep. I dont know what magic they are made of, but the comfort which the Aria Hotel affords it’s guests is testament to it’s diligence and it’s care for it’s visitors; they want you to sleep well, awaken refreshed, and leave energised. And for a 48 hour stay, I felt as though I had taken a break of days and days; ready to get back to life, and take on the adult versions of Channel 4’s bullies.

Aria hotel is privy to private access to the incredible public gardens and maze in the summer months, as well as CODA restaurant, and a beautiful rooftop bar and restaurant affording you quite simply the best views of the city and gardens, that prague has to offer. Make sure to visit when you can benefit from both, and check http://www.ariahotel.net/default-en.html for availability. 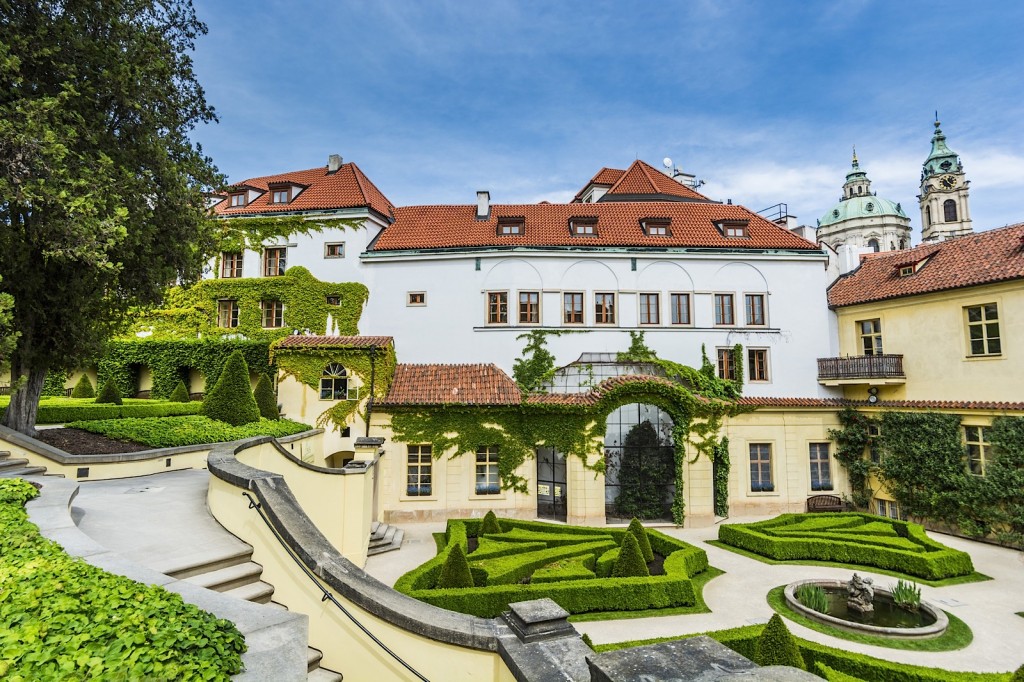 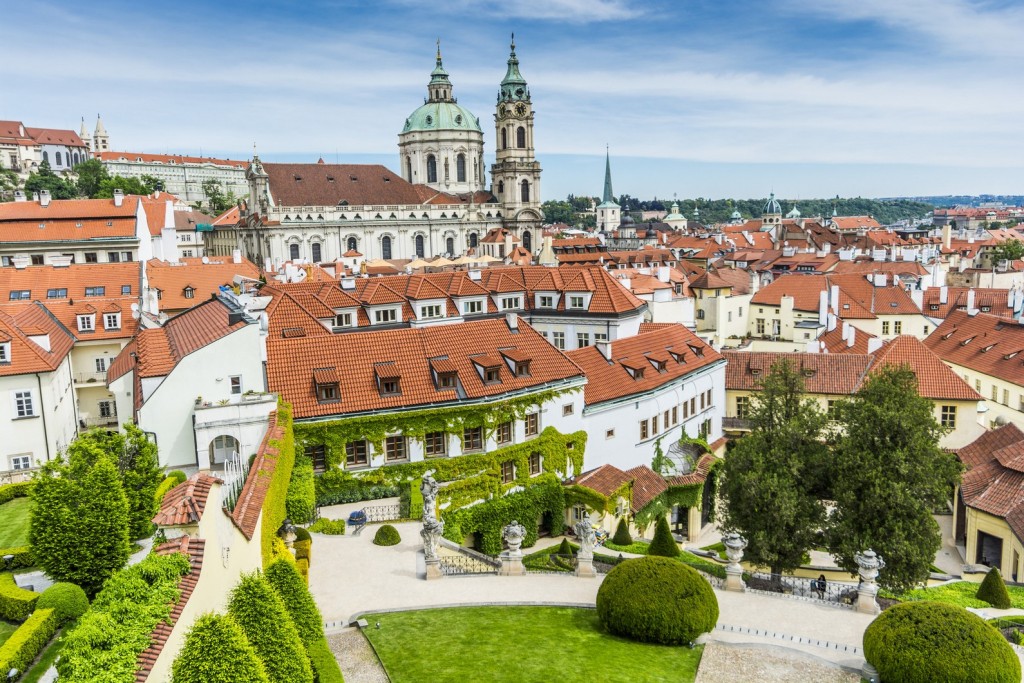