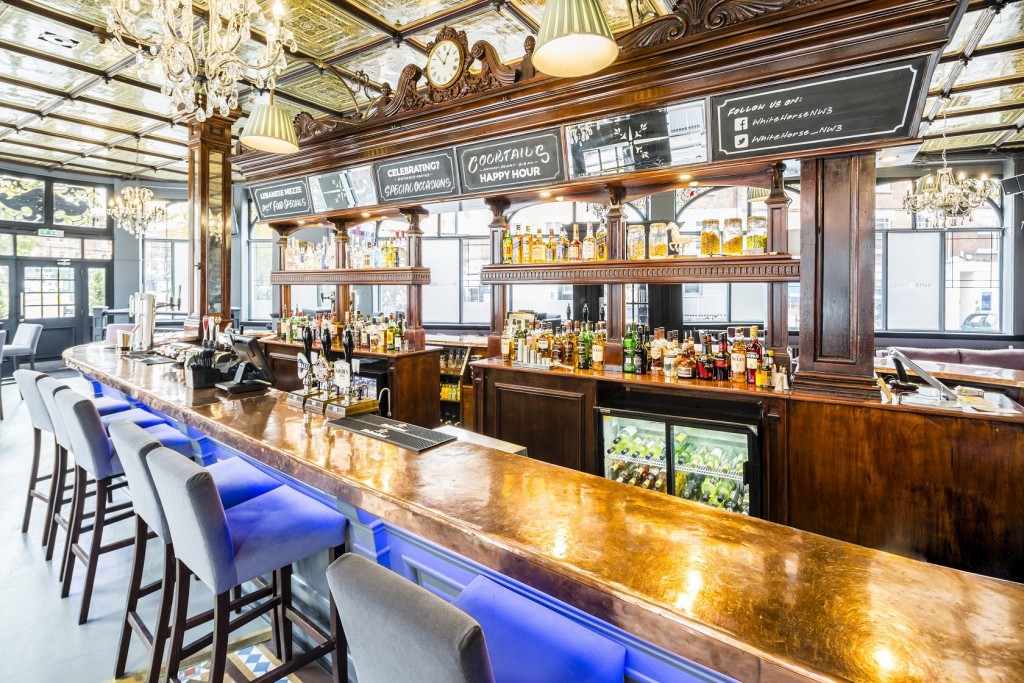 Growing up, Hampstead was the place to be. If you were part of the North London crew, you knew this. If you weren’t – you might have received an invite for lunch on a Sunday or during a pocket of inactivity, but you would never quite become a North Londoner; you were only shown what it was like to be one. And boy was it exclusive. You had the Hampstead Creperie, the Parisian style street creperie which set up permanent shop on the high street in 1980, to become a favourite among locals, television appearances, and guide books around the world. There’s the Parliament Hill Farmers Market which opened in 2008 to become a Saturday morning stop for locals, joggers, yoga-pant wearers, pram-pushers and dog-walkers alike, dotted with stalls including seasonal game, fresh fruits and vegetables, homemade bakery delights, French-baked breads, Glastonbury cheeses and the meaty sustenance of local butchers in the form of venison-burgers and prime fare. And then there’s the view from Parliament Hill itself, where on a clear day you can see south to the mini Eiffel Tower of Crystal Palace, while down below you is Arsenal’s Emirates Stadium. Add to that the best nearby pubs; the Bull & Last and Magdala, to name a couple, the fairgrounds and circuses the Heath hosts on public holidays, and what is wildly acknowledged as one of London’s best parks, full of wild woods and beautiful walks which will lead you to the likes of the open-air café at Kenwood House, and remarkably undisturbed hidden spots, enticing you to forget the millions of people you dwell amongst in this city; Hampstead Heath has it all. As a non-North-Londoner however, I always fear I am missing out on new home-bred treasures of the area. That was why I was so excited to visit the newly reopened White Horse Bar and Lounge upon it’s unveiling last week. 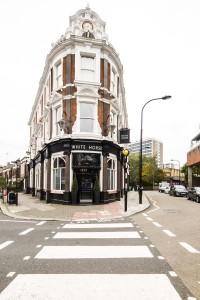 The prior gastro-pub has been refashioned, redesigned and redecorated into an urban chic lounge serving Lebanese food, as well as an eclectic drinks and craft-beer offering for those looking for after-work or weekend relaxation. As the first and only Lebanese bar in Hampstead, it brings an earthly, hearty cuisine of Mediterranean and Middle Eastern touch to the area, serving the firm favourites of hot and cold mezzes; crisp cheese and meat filled filo pastries, bowls of zesty home-made hummus and aubergine purees, fresh falafel and ripe tabbouleh. However, it also adds a dedicated touch above the typical cuisine which has spread around the city; the White Horse brings you homemade specialties on a daily basis. As I settled into our cosy table; comfortable arm-chair style seats across from the bar, with couches and a fireplace to one side, and the outdoor garden area to the other, I was asked by the charming owner if I would like to try one of these home-made specials. Why not, I thought, always one for adventure. Turns out I wouldn’t be venturing far from what I know, for, as soon as she found out I was Egyptian, she cried ‘well then we must make you our Lebanese Molokheya!’ (Don’t worry if you can’t read, let alone pronounce it – no-one can – but it is a food, I promise.) As the local-dish of Egypt, I instantly understood that this place means what it says when it talks about ‘homely dishes’ and ‘authentic cuisine’ – they have understood, and been bold enough to identify, that Middle Eastern food goes far beyond falafel and hummus, and with so much to offer, they are here to display Lebanese artistry at its best; this nation’s ability to make everything old, new, and everything they touch fashionable. As I tucked into what my friends would refer to as ‘the yummy green gooey soup’ when my mother would cook us dinner after school, my nostalgia was overridden with curiosity through the Lebanese take on the dish; a richer, more spiced and more earthly taste to that which I’m used to. My favourite childhood dish had been transformed into something modern and moreish.

Whether you’re a fan of the Lebanese mezze style bites we are all used to as Londoners or willing to explore the more intricate side to the cuisine, the White Horse – is here to offer it. With comfortable, plush interiors, redesigned to form a lounge-style interior, which will no-doubt transform in the summer with its outdoor space, the White Horse is one to watch, as a future favourite for the Hampstead Locale.