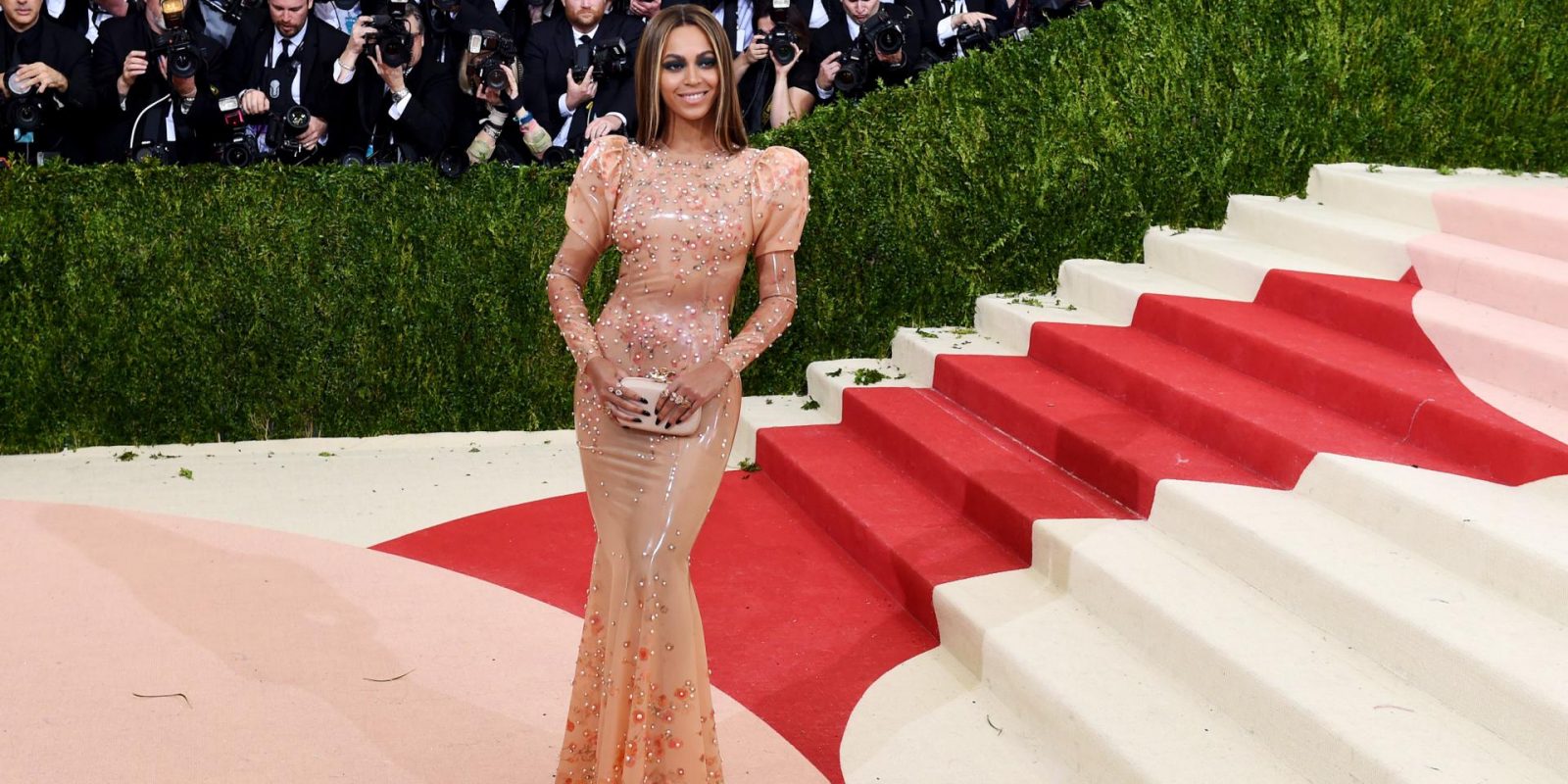 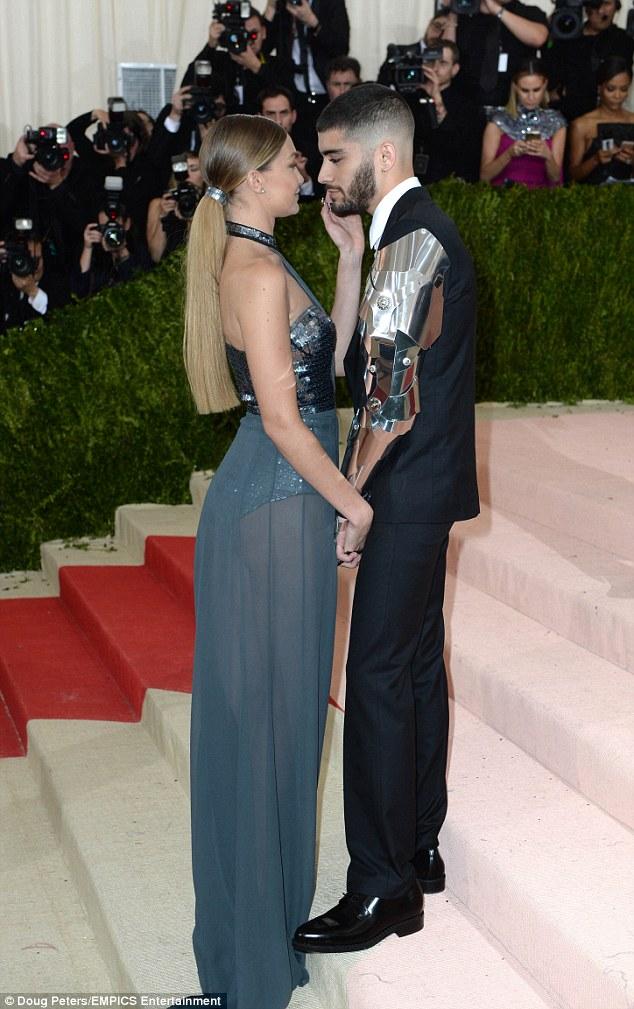 I was being sandwiched sideways this morning on the tube as is customary at 8 am on the piccadilly line when I found myself face to face with the front page of my neighbour’s newspaper, and shoved in the nose with a photo of Zayn Malik and Gigi Hadid and some headline about them stealing the title of the Met Gala’s most loved up couple. Because a) that is what the Met Ball is all about and b) 14 year olds can be so in love. With no one to express this distaste to, I decided to rotate a little and turn the other way, only to find my neighbour to the right also page wide-open on coverage of their ‘robocop’ inspired costumes (which consisted of a very creative metallic sleeve for Zayn and silver paint on Gigi’s fingers; the very essence of the Metropolitan Museums 70 year legacy of celebrating costume design encapsulated.)

Widely regarded as one of the most exclusive social events, and pivotal fashion demonstrations in New York, I couldn’t understand why the essence of the art, costume, history and design were being muddled in talk of supermodels dating boybanders and Taylor Swifts evolution from country-girl guest to co-chair. (Yes, chair).

I suppose a sign of current times is the vested interest in anyone and everyone regarded as an ‘influencer.’ And how is an ‘influencer’ defined? By their contribution to society? culture? history? the footprint they leave on their industry? No, what a ridiculous notion that would be. By their many millions and or their social media statistics. So as my love for and inspiration by an event like this was waning further by the minute; I turned my focus to one sliver of evidence that the essence of the Met Ball still lives and may survive for years to come, and that was: Claire Danes’ costume. 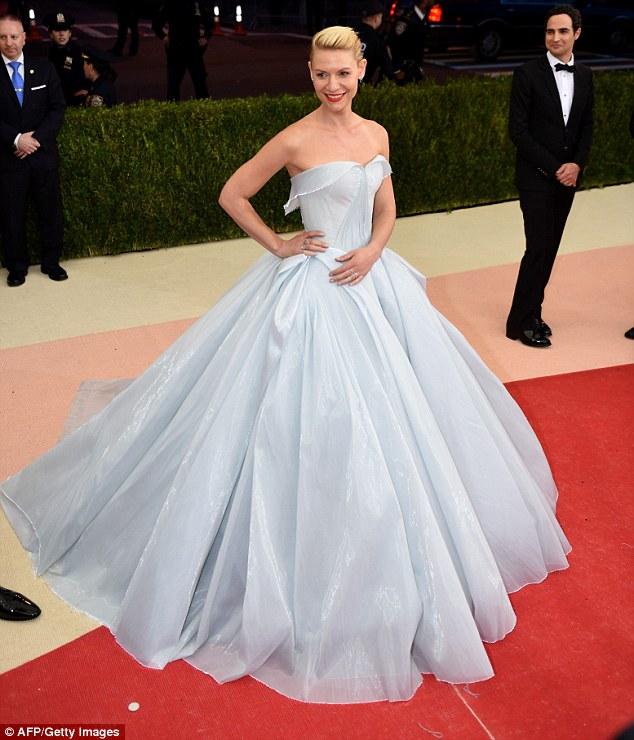 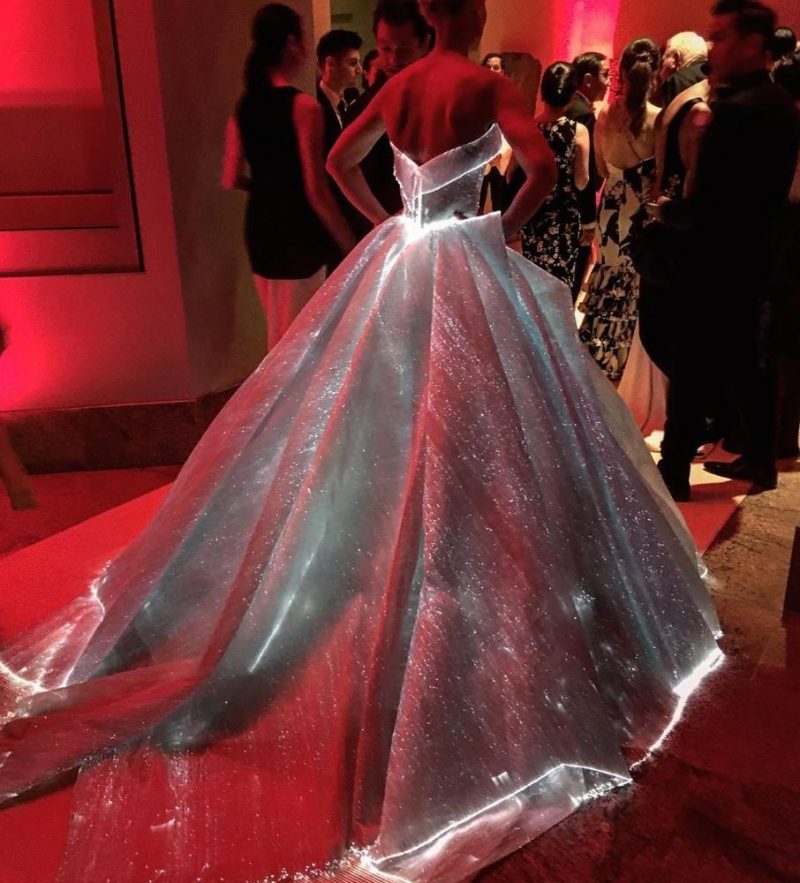 These two things can be said to be widely acknowledged: that Zac Posen is a creative genius, and that Claire Danes has had the capacity to capture our hearts since the day she captured (and broke, but never mind) Leo’s as Juliet. So when the two colluded to bring us a thirty-battery-pack-real-life-lit-up-Cinderella-Gown, all faith in the time long magic of costume design was restored to the Met Ball’s stage. The tiny fairies in the form of mini battery packs were delicately sewn into the fibre optic, hand-sewn, sky-blue dress; allowing it to light up in the dark. For added intricacy the sheer of the dress gives the illusion of electrical currents running through the dress even when not in the dark. It was Cinderella, meets Elsa, meets a wickedly stunning evil queen channeling the world’s electrical magic… all in a dress. Adding yet further to her endearing girl next door status, Danes arrived in a bus (never mind that this was largely in part that she had to travel standing up), and wore the dress with swept up hair, humility, and most importantly: did not refer to herself and her entourage as a “Posen-nation” (So somebody please make the Kardashians stop.)

With the theme of the night as Manus x Machina: Fashion in an Age of Technology, I was suddenly comforted and able to embrace the ultra-digitized space we live in. Zac Posen took us back to classical creativity, using his directive genius to control the times, rather than letting them control us. And if only for an evening, we were all vicariously transported to our childhood whims of princesses and ball gowns; in an age of gravity-defying thigh-splits and sequins. 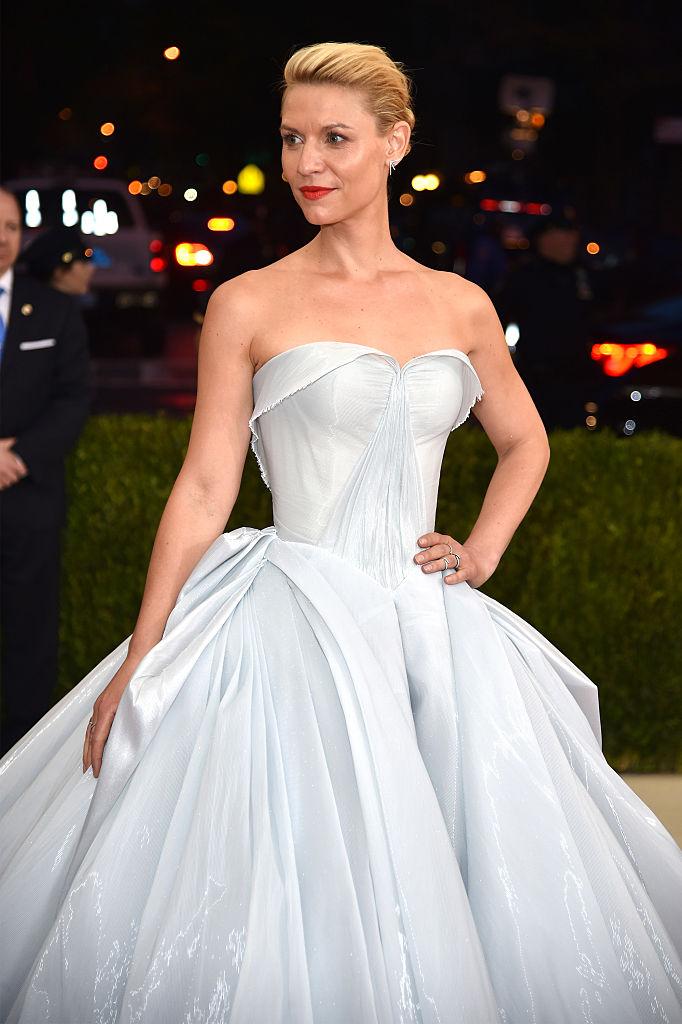