Among Chairs of amfAR’s 23rd Cinema Against AIDS Event

It is the event not to be missed, but as Goldie Hawn says, “not because we’re celebrities, but because we are human.” Each year, amfAR, the Foundation for Aids Research, throws the Cinema Against Aids Fundraiser at the Hotel Du Cap Eden Roc, to close the Cannes Film Festival. With a breath-taking lineup, guest list, and auction items such as not one, but two, kisses from George Clooney, or trip to space with Leonardo DiCaprio (thats not an analogy; it is actually what it says on the tin) this event is not just an evening of fashion, fun and philanthropy: it is a night where those who can make a difference gather with one common goal: to make AIDS history. amfAR have been charging forward, with a fire and a passion, to make this goal a reality since 1985.

amfAR, The Foundation for AIDS Research, is one of the world’s leading nonprofit organizations dedicated to the support of AIDS research, HIV prevention, treatment education, and advocacy.  Since 1985, amfAR has invested $450 million in its programs and has awarded more than 3,300 grants to research teams worldwide. We would like to encourage our readers to support this vital and boundary breaking cause, working so unabatedly to make AIDs history. Click here to contribute and make a difference.

Harry Winston and Bold Films are the Presenting Sponsors of Cinema Against AIDS 23. Moët Hennessy, Renault, and The Weinstein Company are the event’s Signature Sponsors.

The annual star-studded event is one of the world’s most successful benefits, and is the most coveted ticket during the Cannes International Film Festival. Held at the Hôtel du Cap-Eden-Roc in Antibes, France, this glamorous and unpredictable gala will include several musical performances and a parade of prominent appearances, as many of the celebrity guests help with the event’s over-the-top live auction.

Longtime amfAR supporter Carine Roitfeld will once again curate a fashion show of one-of-a-kind looks from a who’s who of the world’s most celebrated fashion designers. Forty of the world’s top models will participate in the spectacular disco themed runway presentation, accessorized with jewelry by Harry Winston. 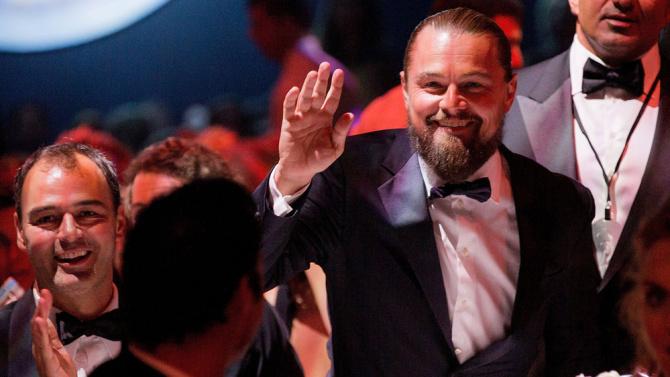 After the Cinema Against AIDS 23 dinner, guests will be invited to the exclusive After Party, presented by Moncler.

amfAR’s annual Cinema Against AIDS events have been important and successful fundraising events for the Foundation for over two decades, generating more than $170 million for amfAR’s life-saving research programs and keeping the fight against AIDS in the global media spotlight. amfAR continues to fund HIV/AIDS researchers worldwide, and works to translate their research into effective policy, prevention, and treatment education programs around the globe. Additionally, amfAR recently launched “Countdown to a Cure for AIDS,” a research initiative aimed at finding a broadly applicable cure for HIV by 2020. “Countdown to a Cure” is designed to intensify amfAR’s cure-focused HIV research program with plans to strategically invest $100 million in cure research over the next five years, with the amfAR Institute for HIV Cure Research, an innovative collaborative enterprise based at the University of California, San Francisco (UCSF) as the cornerstone.

Official Hashtag of the event:  #amfarcannes