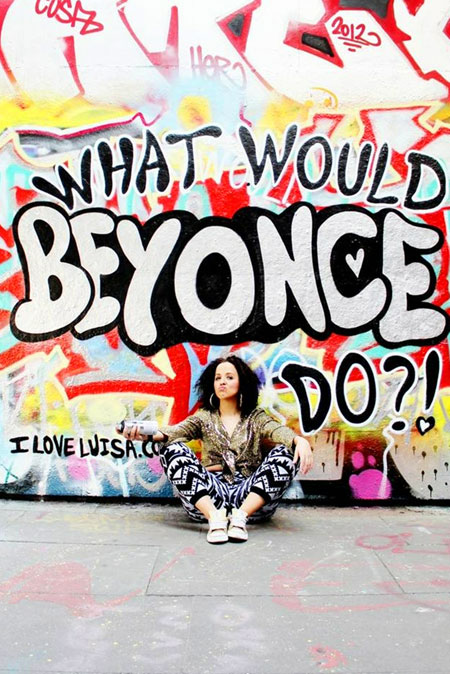 British weather aside, have you ever found yourself in one of those rainy-day predicaments. The neighbours’ teenager let the bathtub over run and has flooded your ceiling. A weekend with the plumbers later, you face a Monday clash with that one evil colleague. They leave you stewing internally that they’ve got to go down; a useless endeavour in reality, if you aim to stay employed. On your walk home, you’re introduced to the practical application of your partner’s use of the phrase “I don’t believe in labelling relationships” when you see him with someone else. You get home, with the once dinner-for-two, now a comfort meal for one and think out loud to an empty, flooded living room: “how did I get here and how, do I leave?” Luckily, the fresh, original and downright hilarious comedian Luisa Omielan has answered this question for you. Her answer is simple; when life hands you lemons, ask yourself “What Would Beyoncé Do?” 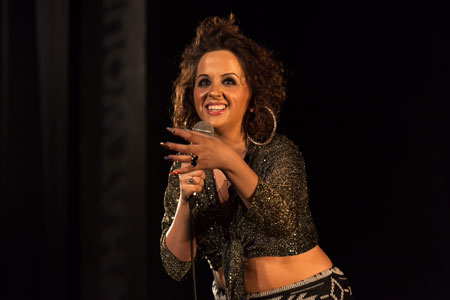 Luisa’s UK and Edinburgh extended tours of the show have sold out twice, and this year moved to New York and LA with its fifth run of What Would Beyoncé Do? Back this New Year, the show runs at Soho Theatre until March 11th.

Attending the show last week, I was nervous that I would find myself sitting in an audience of “single ladies” eagerly awaiting their host to preach to the choir. That feeling evaporated as raucous laughter filled the room no later than Luisa’s opening first few lines. Now I understand that there are two camps; those who wish to be like, and have thus joined Camp Beyoncé, and those who are still stuck in Camp: “trying to beat Beyoncé.” (More and more of my friends have been slowly admitting that they don’t actually like Beyoncé, at all, but have thought it wise to keep such a universal taboo to themselves). But whether you inwardly wish the Queen B wasn’t such a Survivor, or you’re Single Ladies who fall Crazy in Love, this show is still for you. It’s hot, funny and fierce, overflowing with playfulness and infectious enthusiasm.

The show is never far away from Luisa bursting into song and dance. You leave beaming, feeling empowered and ready to take on life. Go and watch it, because who runs the world? Girls. In all honesty however, all the men were singing along full throttle to every music clip Luisa played.

Luisa gives an honest, 360 degree reflection on life that has you laughing, introspecting, but most importantly, remembering the true value in living young, and living happily; and that our happiness lies always in our own control. The show is a mature, endearing and honest tapping into our every day thoughts and reminds us that disaster can strike for anyone – but not all have learnt to take it in our stride, on the chin, and smiling, whisper the subconscious reminder “just what would Beyoncé do?!