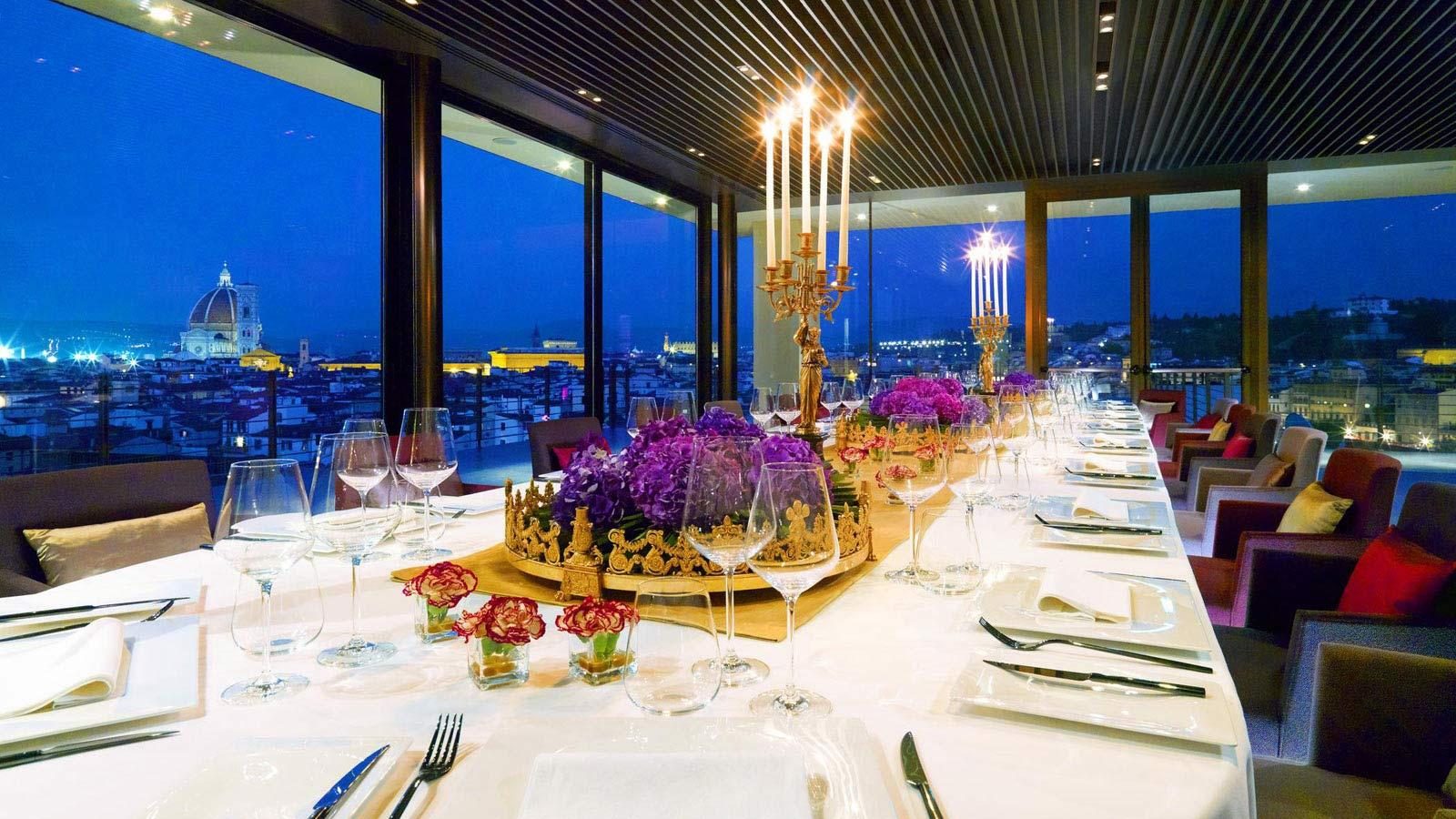 Hashtag Life visited Sesto On Arno; the spectacular rooftop restaurant at The Westin Excelsior Hotel in Florence, which boasts a true culinary delight, and fantastic city views, during a stay in one of the most romantic cities in the world.

It is no secret at all that Florence is one of the most romantic cities in the world. Also home to the artists of love, creation, and renaissance; it becomes simply a haven of an era lost now in a world of millennial and technological take over.

So during our brief stay in Florence, there was no better place to stay for a brief one night stopover en route to Siena, than the majestic Westin Excelsior. A member of the Starwood Hotel Group, and situated so perfectly, just a stones throw away from all the main monuments and sights of the city, we knew, precisely upon entering that we had chosen well. It becomes immediately apparent; from the lobby and the front desk, to the concierge and the restaurant staff, that they care about your stay here. We were given an upgrade upon arrival as it was a special occasion, which further emphasised the special touch this hotel and its team are willing to add to your stay. 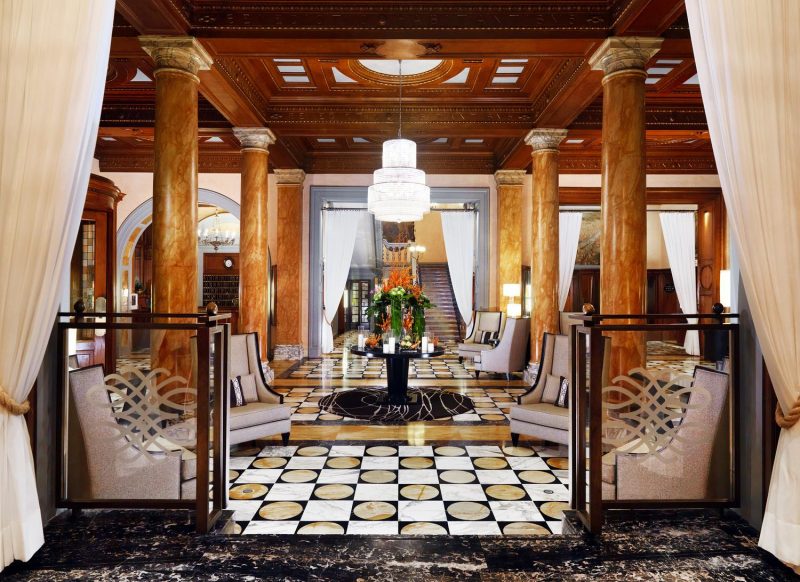 With a beautiful penthouse terrace room; the views from our balcony were spectacular. A wide terrace embraces the balcony of these rooms affording you a view of the city’s heights before you. I felt as though Florence’s most photogenic side is reserved simply for this view. The rooms are comfortable, intricate and stately, and right above us, as I peered upward: I could see the Presidential Suite which hosts an equally stunning terrace with the added benefit of a large outdoor Jacuzzi. Sign me up for my next visit. 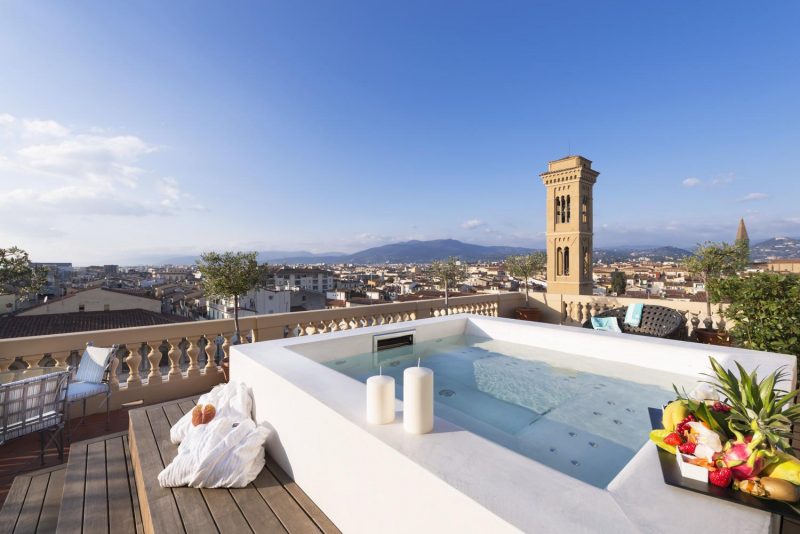 We spent the day roaming all the crooked and cobbled streets of the nearby attractions; but secretly, we pandered to get back to the hotel. The reason for this was the dinner we had booked at critically acclaimed Se•sto on Arno, that evening. Boasting, again, some of the most stunning views of the city, and what can only h described as artisanal culinary creation in its menus, I knew our evening dining at this exquisite restaurant would be a special one.

Special turned out to be an understatement. There is a level of ease which is coupled with sophistication at Se•sto. A jazziness coupled with formality. Creativity coupled with tradition. It oozes class, and sexiness, but is also reserved an intimate. We were guided to a window-side table with a wide span and plenty of privacy from which to enjoy the setting around us as well as the views of the river.

What followed was quite a journey of the palette and senses; aided largely by an extremely professional host for the evening; Angela, as well as Giuseppe, who was so humble, cheerful, and borderline excited, that he made me melt a little, and smile a lot.

We were greeted with an Amouse Bouche consisting of Cream of Celeriac with Blue Cheese and Saffron Chips to garnish. It tasted like an iced shot of cream with a gentle blue cheese scent. If ever there was an epitome of a palette cleanser this is it. Anything consisting of blue cheese, no matter how casually, usually overpowers the entire flavor, but the taste in this little bite did not linger; it woke us up and then left.

Next, we were treated to a quite spectacular dish; Spider Crab served cold, with a yoghurt mousse, daikon, coriander and Siberian Caviar. The crab is boiled and shaken with salt and ginger, then, added to the shell of now jellied crab is yoghurt, coriander, a little honey and slices of apple, topped with the caviar. The result looks like Royalty. The Caviar adds a pang of salt to the otherwise fairly mellow crab. There is a zest to this dish as well as a mixture of creative tastes which meld into one. The taste of the crab is made subtle in the fresh, foamy and light flavours which engulf it. There is a strong coriander scent which wafts to the top of your palette as you crunch through thin shreds of apple and allow the crab to melt onto your tongue. The entire process is an epiphany on how to make the already delicious prospect of Spider Crab an other-worldly experience. 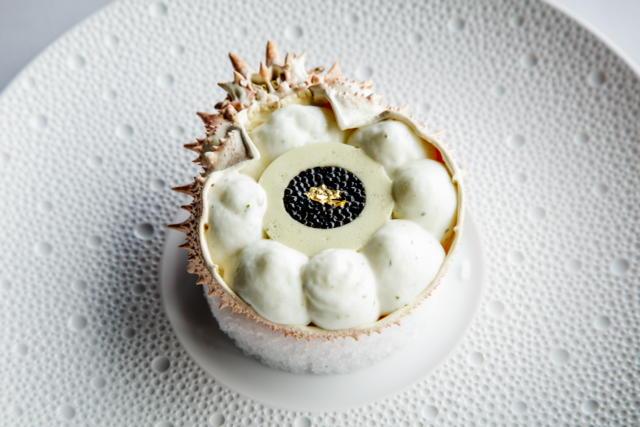 We followed this difficult to top dish with a Pappardelle pasta fillwed with Salmi, Roasted Octopus, and Scorzanera. The entire plate tastes of a smoked chestnut cream. The pasta is thickly cut; the octopus so soft it is practically a mash, and the citrus juice is more sweet than it is acidic. We paired this with a Chiantie, which of course, we were in the right region for: an absolutely stunning and aromatic wine which I’d wanted to gulp down before the dish arrived. I chose to practice restraint. It was a long 11 minutes.

Our last dish, after much, much deliberation, as is always the dilemma with Italian menus where they separate everything into Antipasti, Primi, Secondi and Dessert; essentially adding an extra course to an already tempting selction, was Sesto’s take on Pork Wellington. The Iberian pork as a wellington, comes wrapped in a brioche crust, with pumpkin, wild fennel and chestnuts. It is matched with a reduction of pork jus, and chanteral and porcini mushrooms. The pork shoulder is flavoured with a pumpkin mask. Although the meat was tender, well-spiced and aromatic; it was unfortunately over-poweringly salty. I am usually one to reach for the cruet before sampling my food, with the defense that I have low blood pressure which can bare an extra gram or two of sodium but even I could not get past how salty this otherwise hearty dish was. 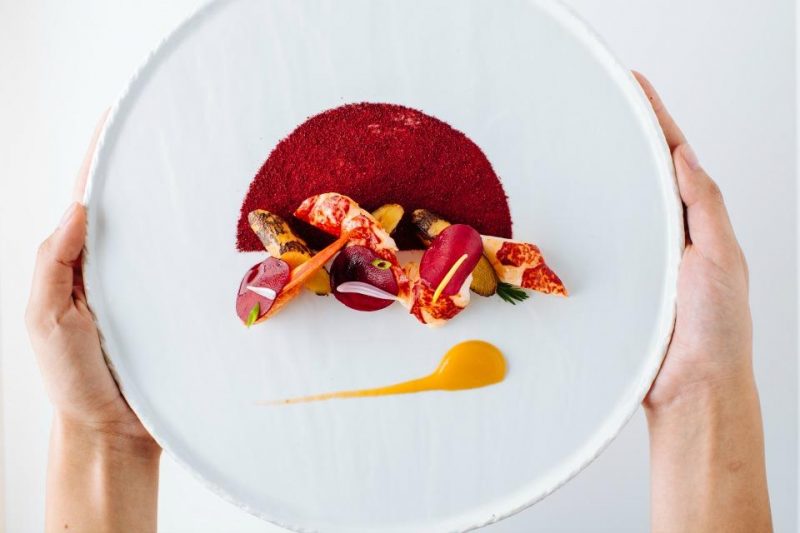 We couldn’t breathe come dessert. Unwilling to admit defeat, we asked sheepishly whether we could order dessert to our room. Kindly, if not sympathetically, the team agreed, and Giuseppe informed us that our dessert of wild strawberries with cream, white chocolate, rhubarb and mint would beat us to our room; we were in no state to race it.

A short and fleeting visit to Florence would not have been the same without our dinner at Sesto, and for this privilege, I wouldn’t have spent our one evening anywhere else. Bringing his intense culinary footprint, both classic and creative with international influences, Matteo Lorenzini proposes a gastronomic offering of the finest cuisine in Florence. There is a thread of continuity that binds Se•sto on Arno and Matteo: the roots of the kitchen reflect the aesthetics of the environment; elegant and simple, creative, whilst going hand in hand with the great traditional school of fine, hearty, Italian Cuisine.