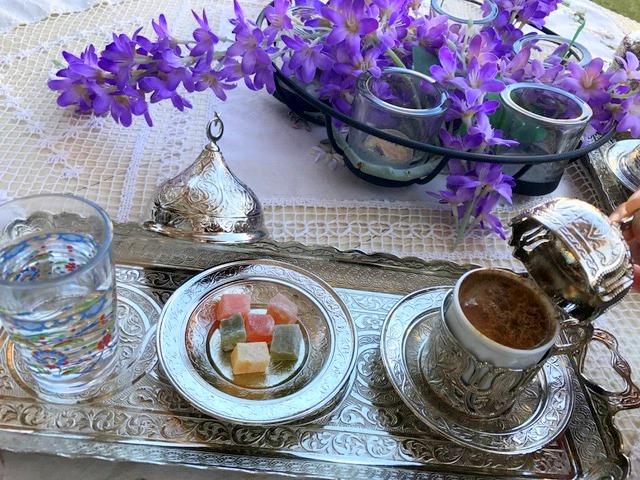 Hashtag Life visited Sakli Konak in Cappadocia. It has been voted #1 on Trip Advisor in the main town of Uchisar, and in our opinion a must-visit at least once, during a trip to the region. Here’s why:

I saw a phrase once in a hotel book’s memorandum that read: “build the dream and the people will follow.” It rang so true with me, especially as it had followed the story of a couple who defied all the odds, and followed the dream head first, to build something which now was brimming and budding. This is exactly what Riza, owner of Sakli Konak, did with his wife several years ago following a trip from their native city of Izmir, where they worked as professional executives, to Cappadocia. One visit, and they fell in love he says. They decided to open up shop in this magical, ancient city, and have never looked back since. 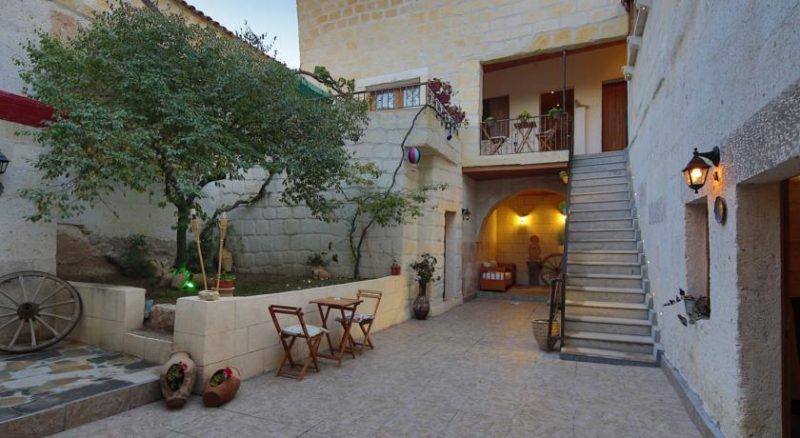 The result, is a quaint, pretty, and homely hotel in a converted stone-walled mansion based in the town of Uchisar, which also won Best Budget Hotel on Tripadvisor for several years in a row. Indeed, although I tend not rely too heavily on a Tripadvisor rating; I knew all the raving reviews were true, when, upon visiting another 5 star hotel in the region and mentioning that we were dining at Sakli Konak that evening, they pretended to have never head of it, before asking us what our reasons were for choosing there, before finally stating that we should simply dine with them instead. The penny dropped, and I thought to myself – this is when you know you’ve found a real gem: when the big dogs feel threatened.

When you arrive at Sakli Konak, you step into a Venetian style court yard, with an arch way leading on to the hotel, as well as steps leading up to the restaurant. It is so quaint, and unique, and has hints a reminiscent Euoropean baroque period. I was intrigued already The restaurant is set up on a top floor of the structure in the style of an airy, bright and homely dining room which opens up to the most beautiful garden terrace. I joked with Riza, the owner, as he welcomed us onto the terrace for some Turkish Coffee before our meal, that the décor was clearly his wife’s touch!

As we sat on the terrace, Riza told us the story behind his passion for setting up a restaurant which placed emphasis on home-comforts, Cappodocian style cuisine, and of course, all the best tastes of Turkey. And boy has he succeeded. What felt like slight torture towards the end, was Riza’s kind and informative gesture of guiding us through the menu. By the time he had finished describing the last dish, I wanted to shout: “We’ll try it all!” But naturally, I had to control myself, and asked him to carve out a selection of the best dishes. Two things which stuck out at me were how authentic this family is with all of their guests, as well as the unique cooking methods they have adopted. Firstly, there are no printed menus, but instead a chalk board which is presented to visitors as the hosts like to communicate with their guests how Turkish cuisine and culture are relayed at Sakli Konak. Secondly, they only have three cooks at the restaurant which I would say easily hosts up to 40 guests, one of whom is a 65-year old lady from the village. Two words for you: nana’s cooking. All food is prepared in clay pots and wood-fired ovens to keep it as traditional as possible, and the same way they cooked thousands of years ago with the use of clay pots. The ceramics in Cappadocia are 4,000 years old. It’s an art of the region, he tells us. 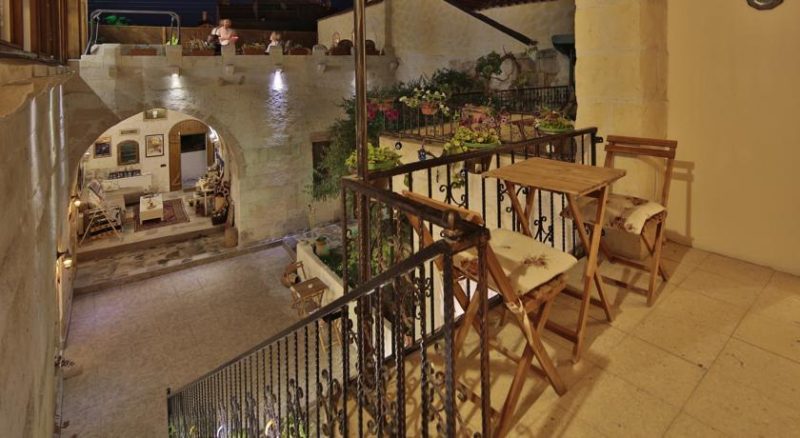 The menu conveys as much zest and passion as its creators do with starters such as a daily local soup of wheat, lentils, chickpeas and spices cooked for five hours, as well as a hearty variety of mezze. Stuffed eggplants and dolma are the most popular but it was the large mushrooms stuffed with grilled eggplant, and mushrooms with grilled cheese which really caught my eye. Not exactly the most Turkish dish but delicious nonetheless. Riza relayed that the most important ethos for them was to use as high quality and tasty produce as they would wish to eat in their own homes. The main courses are mostly traditional food: Turkish beans with a tomato sauce, again, slow-cooked in clay pots for 5 hours which in Riza’s words are “simple but delicious.” We ended up trying this dish and it absolutely did not disappoint; piping hot – an art which is lost on the rushed and frantic kitchens of London restaurants, I find – and cooked to a perfect texture, in a tangy and tasteful tomato stew with ‘Turkish Rice’ – a thicker, gooier rice grain, not too different to sushi rice, but more buttery (and carby) in taste, and I was already slipping into my food-coma by the second dish we had tried.

The most interesting and exciting dish we sampled however was the Cappadocian Meatballs in a sealed clay pot. The tender meet which melts in your mouth, spoonful after spoonful, is cooked for several hours in a clay pot with diced tomatoes, vegetables and simple spices. It is actually kept sealed in the pot to really lock in the flavours; and the pot must be cracked open in order to release the rich goodness inside. This is just the way shepherds of ancient Cappadocia would eat in Anatolian tradition, as they would set out to travel for hours and hours, allowing the clay pot to cook the food as they did, just in time for them to rest, set-down, and break bread. As educational as it was delicious; our dinner was a journey into the heart of Cappadocian history and cuisine.

The dessert is stunning but simple: apricots stuffed with walnuts cooked in cinnamon and a grape jam with home made ice cream. I instantaneously forgot how too-full-to-eat-another-thing I was after our meal, and wiped the dessert plate clean, whilst asking for the recipe a good few times to ensure it was ever-engraved in my mind.

I could speak about Sakli Konak and the wondrous family behind it for far longer; the warmth, the dedication, the friendliness and the fact that no matter the language barriers (even with their adorable little toddler who I spent most of the evening coo-ing at) I have not felt as welcomed and as at home during a visit on my travels in a long time. Instead, I will leave you to discover it for yourself, as I urge you to visit this spectacular little gem and hideaway in an even more beautiful town, and challenge you not to return as enamoured as I have.