Galvin At The Athenaeum

Just when I thought I couldn’t love London’s ME hotel any more, with its uber-chic design, Radio Rooftop Bar and world-renowned, fashionable and vibing STK London – I learnt that STK had released a variety of new menus. There was the 4th of July menu featuring goodies such as 6 hour cooked USDA sticky short ribs coated in a Jack Daniels whisky glaze as well as a decadent twice baked apple pie drizzled with salted caramel. There has also been an STK Ibiza menu to celebrate the launch of STK Ibiza which opened in early July, featuring fresh dishes which highlight the spirit of Ibiza, such as Japanese Oyster Shooters and fresh Tuna Samfaina. I had managed to salivate over both menus for days on end, only to get round to booking them and realise I was too late. So lucky was I when I discovered that they have introduced a third menu, which won’t give you London-blues for not being in the USofA or on an Ibizan beach. Take me there immediately, I thought.

The summer menu runs for the next couple of months, and this is both a notable and good thing because I guarantee you will want to visit more than once. For those not familiar with STK, it is designed to ooze sex-appeal, so that you don’t have to: you can simply show up, and meld into the low-lit, charming atmosphere and slide onto their leather booths, cocktail (or choice from an excellent wine-list) in hand, assume the perfect position for people watching, and dine in an undulating sense of style. 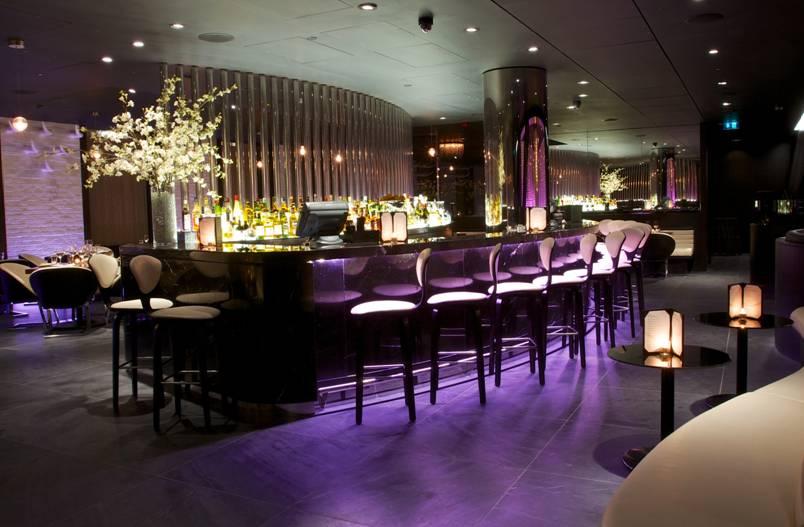 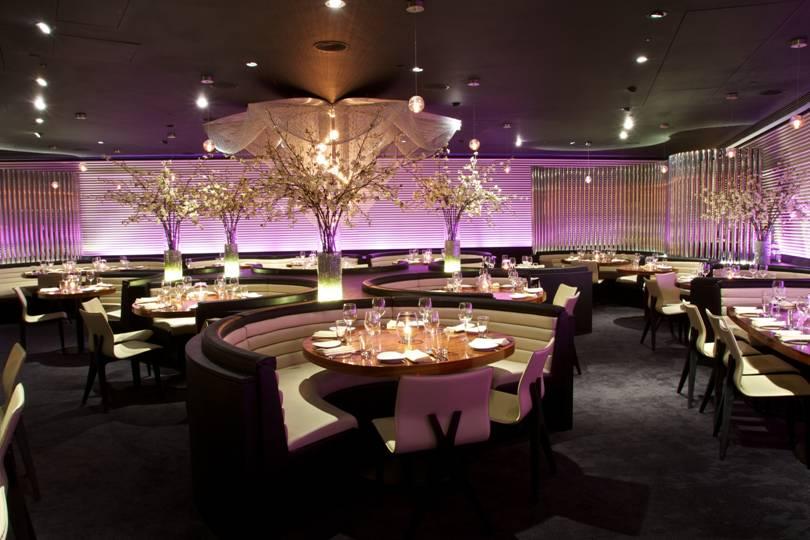 A dinner at STK to me, seems synonymous with a birthday or anniversary dinner, but really serves just as ideal the setting for anything from an intimate date, to a work meeting, to a catch up with friends. Indeed, looking around as we took our seat at what felt like a ‘centre-stage’ booth, which must have meant I was wearing my best “I like to people-watch, please seat me appropriately” face when I greeted the hostess, we looked around and spotted what seemed to be at least one of each party. The restaurant filled up in what felt like minutes, as before we knew it the surrounding hum of conversations seemed to overtake the ambient music set which had filled the room once we’d first been seated. 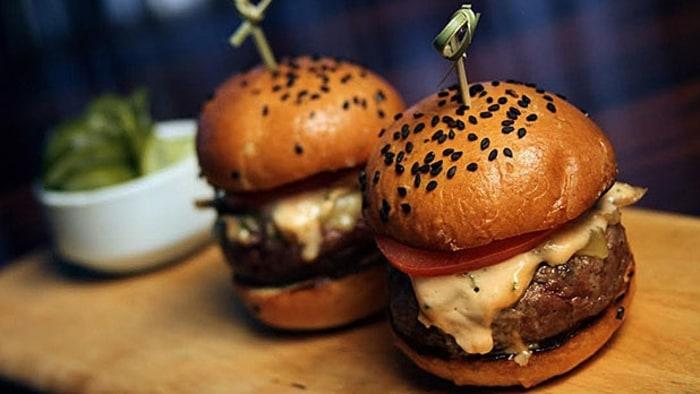 Our approach to the summer menu at STK was more or less divide and conquer – so many dishes jump out at you from their new and tantalising starters. For example, repeat after me: wagyu beef “Lil’BRGS” (mini burgers – as is obvious from the selective exclusion of vowels) so marbled, they dissolve nano-seconds after hitting your mouth. STK lay claim to a special ‘secret sauce’ but the only secret is how they don’t keep the prime wagyu all to themselves, eat in the kitchen, or at least on it’s way to the table. I joked that I would once we’d eaten them in under thirty seconds, but a joke made twice is no joke.

We also opted for the roasted scallops with pea puree, vanilla and parmesan crisps, which followed their predecessor in both soft succulent texture, and edible moreishness – whether you are a scallop fan or not, the smart option to roast, leaves these scallops so juicy and flavoursome that it is an absolute must. It was such a must, that we opted for them above the soft-shell crab sliders. I may tell a lie here, as we deliberated for ages as to whether to criminally forego soft-shell crab burgers (when the majority of your options for this delicious crispy crustacean tend to come in the form of a cold sushi roll), before realising that you could actually order a whole soft-shell crab atop of your steak. CRB on STK should be their byline here, as it was absolute genius. Add to that the option of black truffle butter, bone barrow butter (be still my heart) grilled prawns, grilled lobster tail or a fried hens egg, and there is something for every single foodie to accompany their steak. 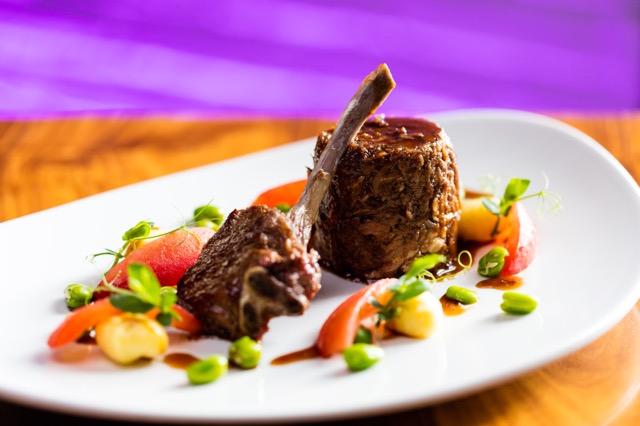 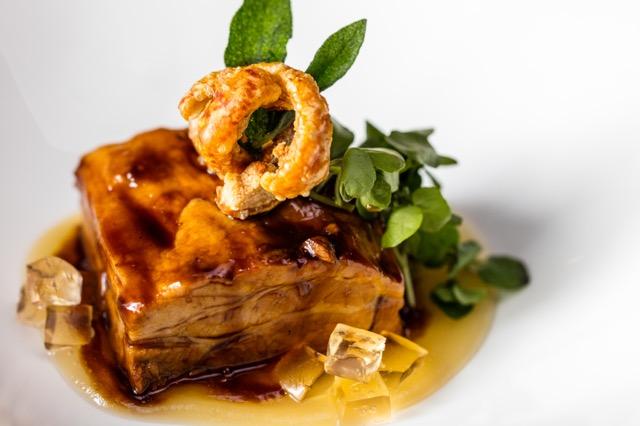 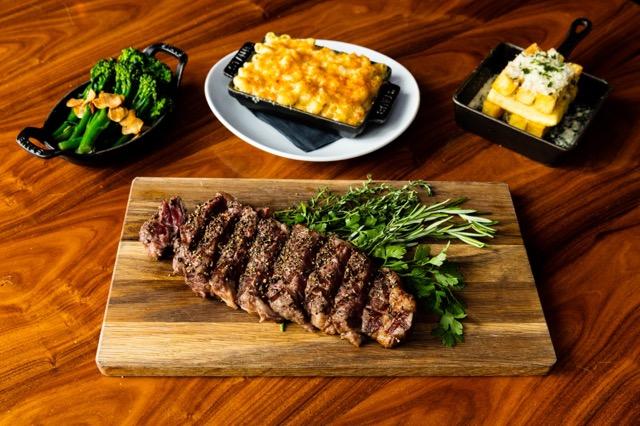 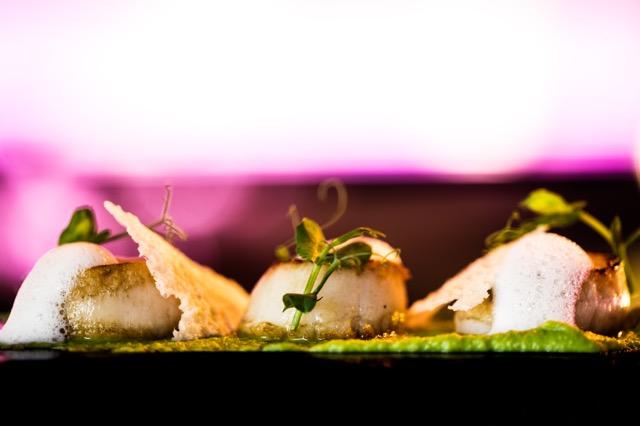 Seasonal dishes such as a layered, crisp, honey soy pork belly, baked in apple and cider as well as a braised shoulder of lamb, with a gnocchi of roast cutlets, send your tastebuds into an absolute frenzy and I pity the fool, as I pitied us, who has to choose between the abundant variety at STK this summer. 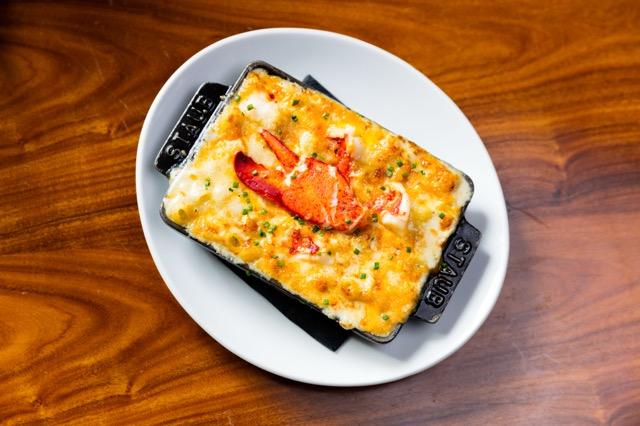 My only disappointment was the Lobster Mac & Cheese which was all Mac, some cheese, and oh-brother-where-art-thou to the Lobster. No where to be seen. We discovered a few chunks here and there, after some initial confusion as to whether they were actually cheese – but I would have liked to have seen a softer, piping hot liquid centre as is true to any great mac and cheese, and identifiable, juicy pieces of lobster, to match the expectations set high, by their Scallop starter. What their Lobster Mac lacks, their Parmasen Truffle Chips have in abundance however. Stacked neatly in thick cuts with tempting sprinkles of shaved parmesan and truffle, we resorted to playing jenga whilst selecting our respective chips, as we each eyed up that one thick chip just smothered in cheese and truffle. I won, of course.

The option for wine pairings is abundant, and their wine list is endless and fairly-priced, for what it is. A firm favourite for me has always been the Malbec at STK – with cheaper varieties circulating London as the wine, along with Riojas, has gained popularity amongst ambivalent drinkers – it is always comforting to find a venue such as STK investing in the quality and true-to-essence flavours and varieties of its wines. 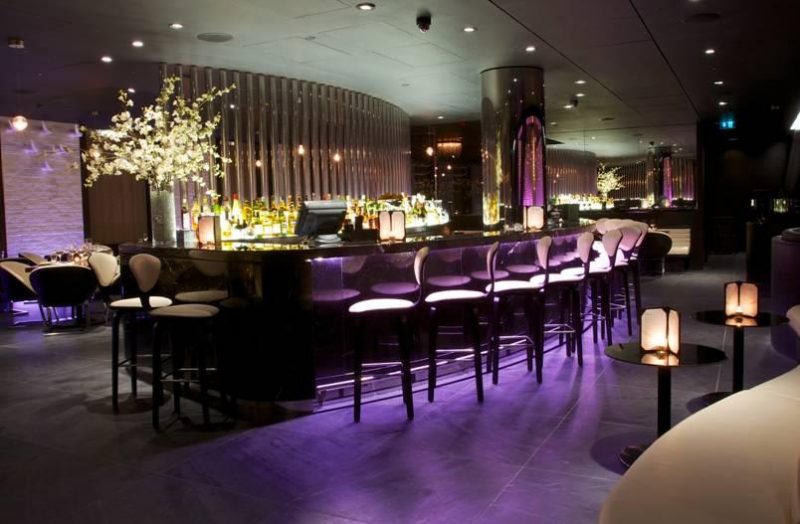 STK is a venue thriving with a young, fashionable and friendly vibe – and if you are only one or even none of those things, one visit here will remedy that, and leave you feeling full, satisfied, dazed and deliriously happy – if not for the fact that they feature the words ‘soft shell’ AND ‘bone marrow’ on their menu, or the pride taken to deliver a well-sourced, sizeably portioned, tasteful and well curated menu, then certainly for the kind and down-to-earth service, the lively, glitzy setting, and of course, the beautiful people – this is a New York chain, after all. 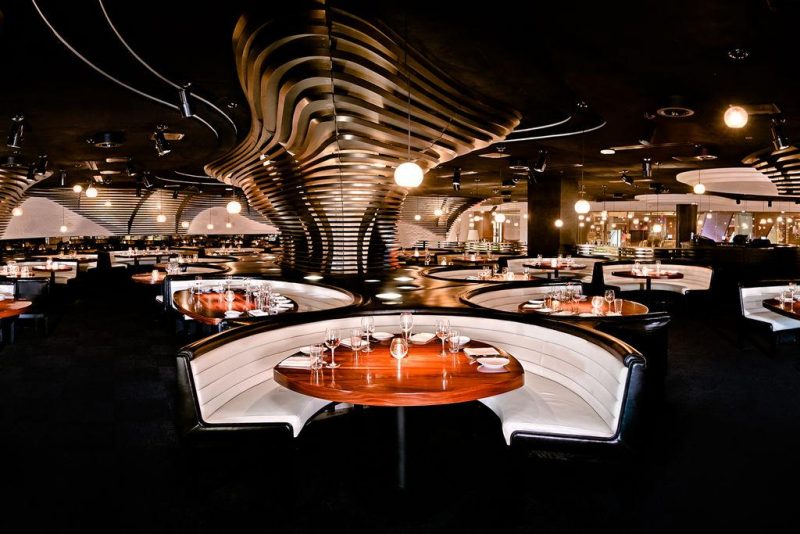