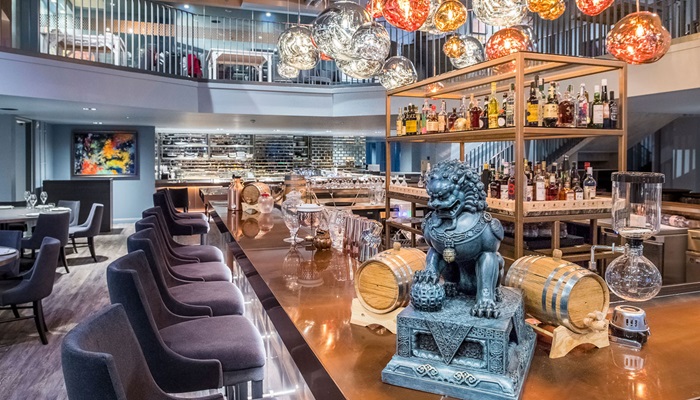 Your first instinct on walking into Four Degree, is to inhale sharply. Not because it’s cold outside as London perpetually seems to be, and soothingly warm, colourful, and spring-like in it’s decor once you enter. Neither is it because of the well-groomed hosts hospitably ushering you to your table, or the stunning ambience of this well architected open-plan restaurant. For me, it was because I walked in at the opportune moment, of a waiter passing by with a platter of sushi which could make even the most ambivalent guest’s eyes pop. We visited Four Degree for a dining experience as it had recently opened its doors and to learn a little more about the offering the unique space is bringing to the increasingly bustling and popular area of Vauxhall. 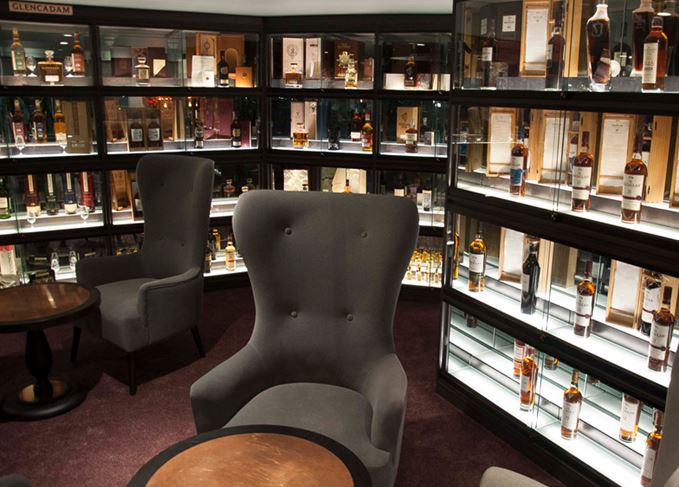 Firstly, all two storeys of space afford guests the luxury of space. No sardine-ing, fighting over the best laid tables, or eavesdropping for the evening here. The restaurant is designed tastefully, with contemporary interiors in mind, and just a touch of the Japanese ‘hanami’ style, owed to it’s cherry blossom trees, with inviting light installations scattered playfully above the bar. The bar itself is owed to ecclectic cocktails, and fusions of East and West, as the restaurant also hosts Europe’s first Macallan Whiskey lounge. Stocking some of the most exclusive Whiskeys from around the world blending quite seamlessly the worlds of Scottish distilleries such as Highland Park, with the Japanese Suntory, and even the independent label Samaroli; this lounge means business.

Exhibiting world-class art and installations, as it peers over it’s fantastic river views, what more could this restaurant need to offer? It’s prime cuisine – and here, like many of the venues other aspects, it doesn’t disappoint. Four Degree doesn’t attempt to reinvent modern fusion Japanese cuisine, because this would be over-bearing and cliche. The creators behind this restaurant have mindfully stripped back the ‘modernity’ of modern cuisine, which at times, in the London dining scene, takes the term ‘with a twist’ too far. Instead, the dishes here, take the finest aspects of the most loved flavours of both French and European dishes, and marry them with the exercise of perfection and detail brought forth in Japanese cuisine. The results are dishes such as lobster infused with tarragon sauce and saffron rice; braised pork belly with mirin and sake; pan-seared foie gras with sake, soy and honey, and even a departure from the staple of yellowtail with ponzu, as this time this thinly sliced freshly imported fish is dressed in a creative garlic, coriander and fruit salsa. 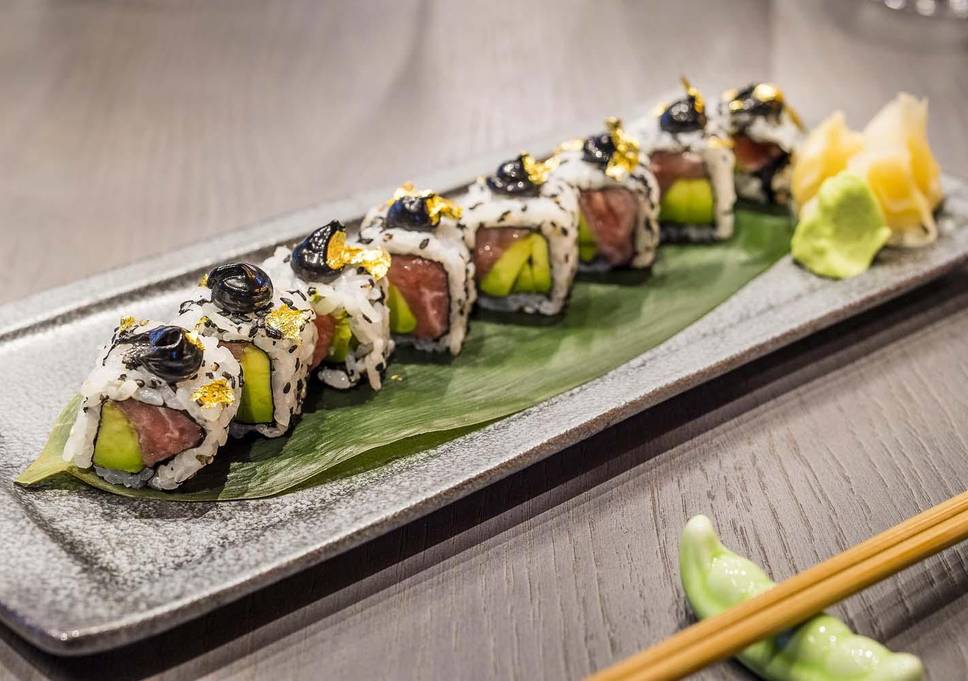 The sushi of course is in a field of it’s own. It is refreshing to find an entire menu dedicated to the Sushi Bar here, and it caters for every expectation. Varieties of Sashimi a la carte, seared nigiri each paired with perfectly chosen toppings to deliver thoughtful flavour, and the more indulgent selection of ‘gunkan nigiri’ (that is, nigiri with quail egg and truffle sauce, or foie-gras with wasabi) complete the menu with more choices than you can make. What really separates the sushi offering here from other restaurants however, are the ‘Four Degree Twist Rolls’ – ever a fan of soft-shell crab, the indulgent roll here is not to be missed. And the Four Degree roll offering a variety of fish colourfully topped and diced into individual selections, and topped with gold-leaf to remind you that here, they spare no expense for style as well as taste, well, we’d be foolish to get all the way through the menu, and stop here. 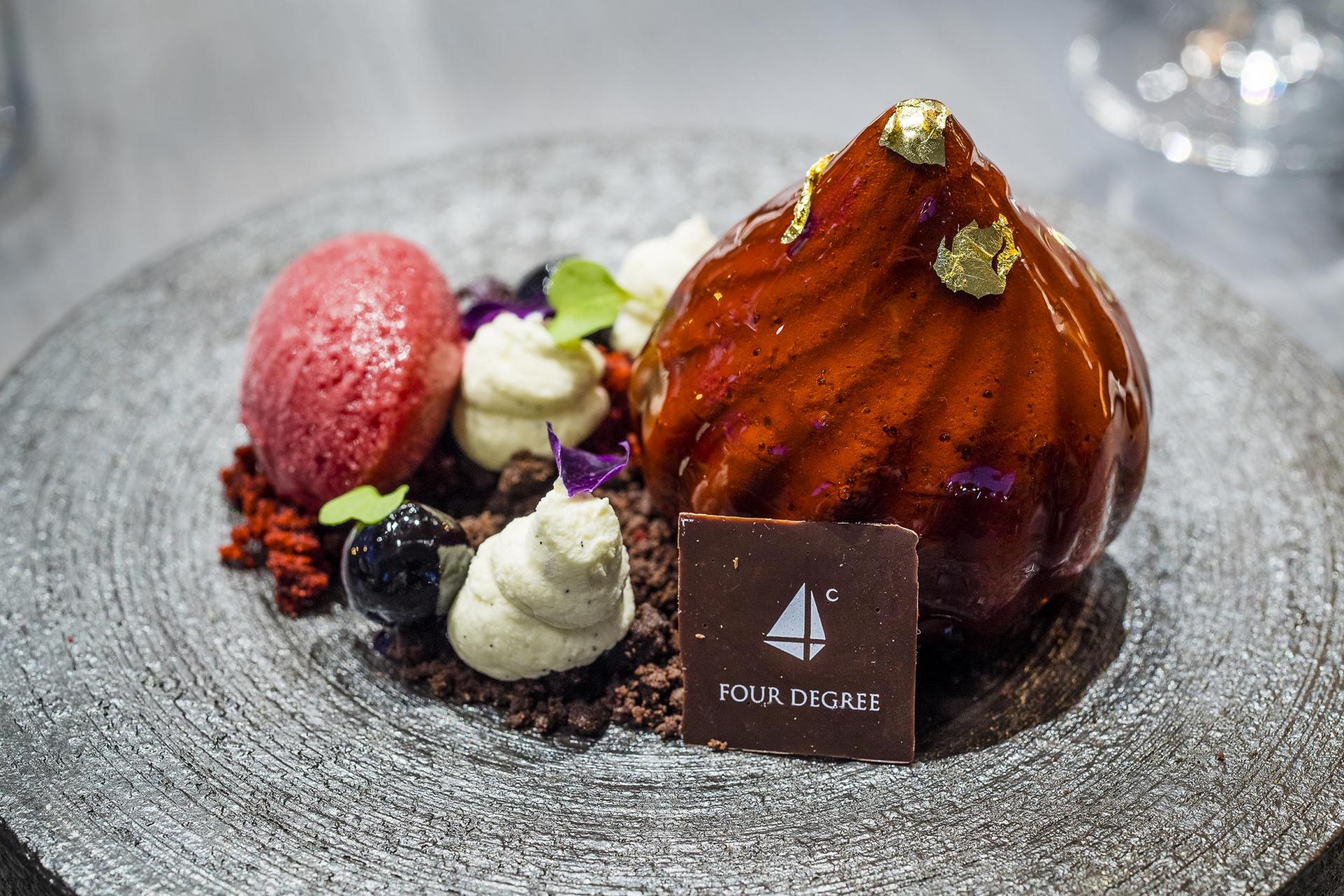 The quality of the offering at Four Degree, if not immediately set through it’s ambience, and the pride it’s creators have clearly taken in distinguishing, luxurious style, is sealed through what essentially every guest should come here for; it’s food offering. Most dishes will out-shadow the others, and the generous, crowd-pleasing creations and portions are well worth the price-tags. It is a wonderful combination, in a city with so many fashionable but unsatisfying, or dull but delicious restaurants, when we find somewhere which can be described as both masterful and aesthetic; both for the stomach and the eyes. Four degree achieves just that; and just as it’s culture dictates; this restaurant is bound to blossom further through the seasons. 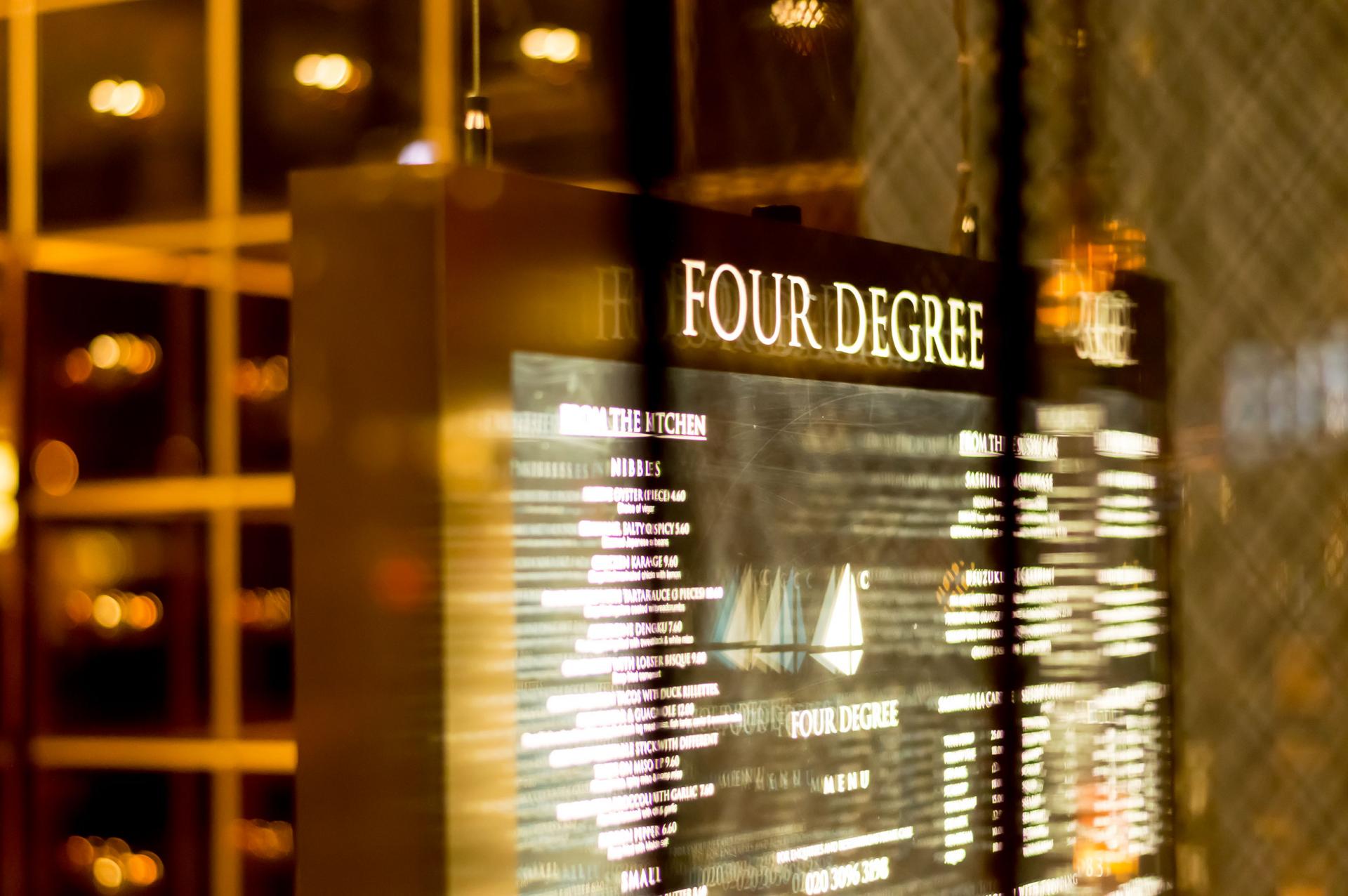