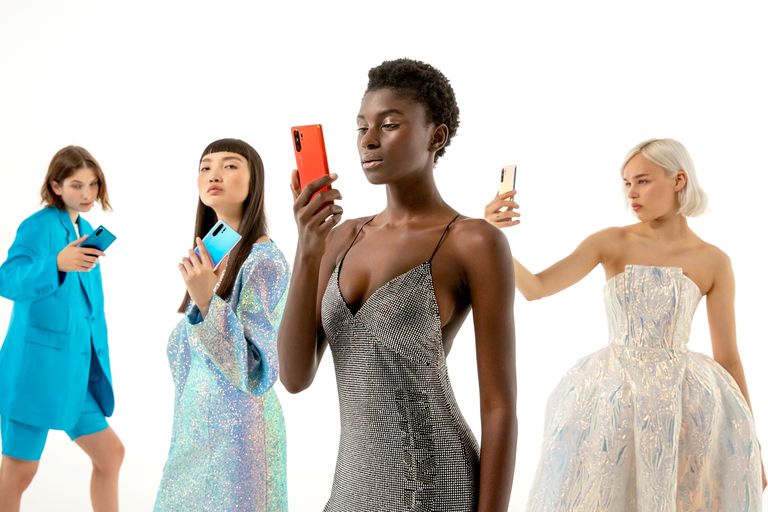 Hashtag Life steps into the future of technology, smart phones, and AI innovation through a spectacular collaboration between the P30 Pro and Chinese Fashion Designer Annakiki

I’d been sitting with a group of 20 and 30 something year olds – by all accounts a fairly young age-pool – when one had chimed into the overlapping chatter with the words “guys, how does it feel to be living in the future?” A few dismissively put the question down to the alchohol they believed to be fuelling it, whilst a couple could pinpoint the specific sentiment he was verbalising: when did the possibilities and imaginations we dreamed up as children, become the gismos, gadgets and actualities we experience as life today? This connective feeling flooded over me as I sat, front row and centre, in a Milan design studio, watching a presenter liaise with a female artificial intelligence entity, who, not even being the only robot in the room was in turn conversing with a second machine in the room. Two Artificial Intelligences and a human stood before us. In (questionably) no specific order of intelligence; one had co-created a cutting-edge fashion line, one was responsible for HD photography, and the human was just asking the questions.

So how did we end up here in the modern revolution? Huawei brought us here. Here is a brand that has been pioneering the capabilities of modern day technology in a way which includes, rather than excludes, the every day consumer. With Huawei, you can witness the future – which is how a normal girl like me came to be watching the impossible unravel before her eyes, and for once, rather than feeling fearful of the future, I felt a part of it. 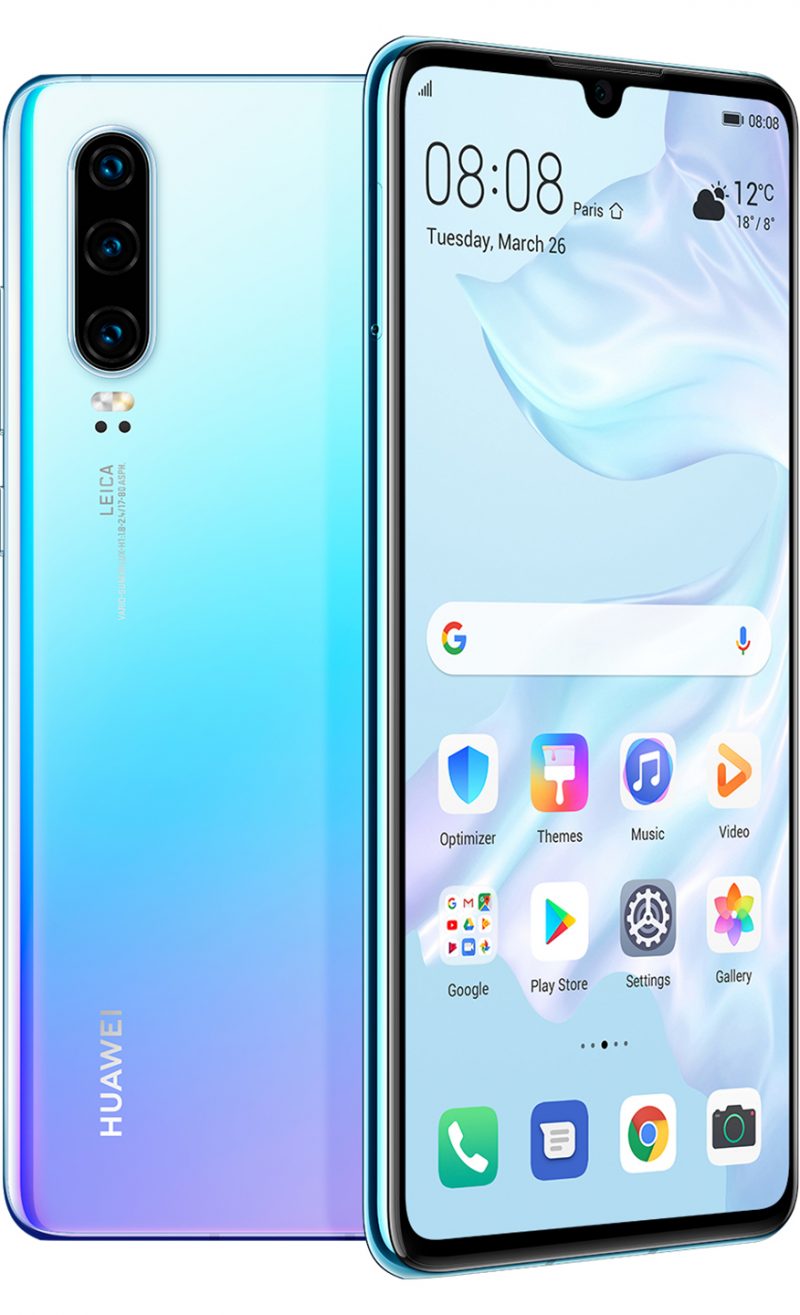 Throughout the twelve hours prior, I had been introduced to the latest professional camera and phone in one; the Huawei P30 Pro. Amongst its’s many capabilities, including the ability to identify the difference between the subjects it photographs in HD quality (stating ‘food’ when we waived it in front of our lunch, ‘buildings’ when we held it up to architecture, or even ‘birds’ as they flew by), my favourite new feature is the fact that you can hold the phone against any item (a piece of clothing, a gadget, a car, etc) and it will scan the internet and return a match for where you can purchase it. Women worldwide, rejoice: no more mean girls lying to one another about where they bought their dress, you can now imitate one another in peace!

So what has this all got to do with my very own ‘back to the future’ experience? Well, here we were, in Milan, experiencing first hand and in the flesh, the latest of Huawei’s “Humanly Possible” campaign. This revolutionary project has seen Huawei teach it’s AI (artificial intelligence) to drive a car, translate the sounds of humpback whales into a love song (have you got goosebumps yet?), complete an unfinished symphony (Schubert’s unfinished symphony which remained incomplete for 200 years!), and my favourite endeavour – its work to contribute to the lives of hearing impaired children by developing an App called Story Sign which reads selected Children’s Books on their behalf and translates them into Sign Language! Today, Huawei was speaking to my 25 year-old inner self; and introducing me to the first ever fashion collection to be CO-CREATED by both a designer and an artificial intelligence! 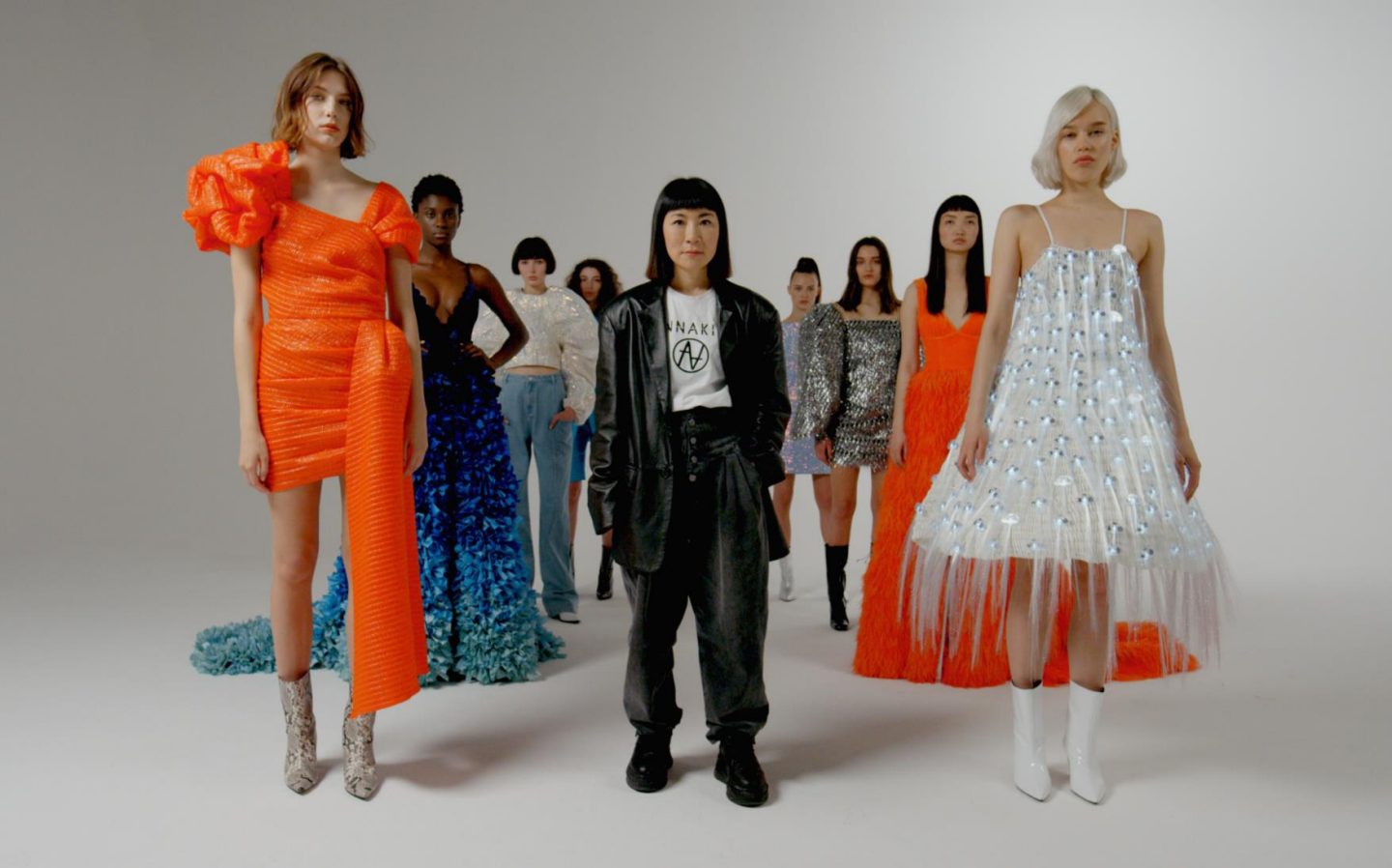 As we met with the designer of Chinese brand, ANNAKIKI, to take us through the strides of this endeavour, we learned about her ability to work within the mind-blowing creative process of designing with Huawei’s AI, it’s suggestions, and it’s intuition – previously strictly human capabilities – as it catalogued and processed over 100 years of Fashion History. 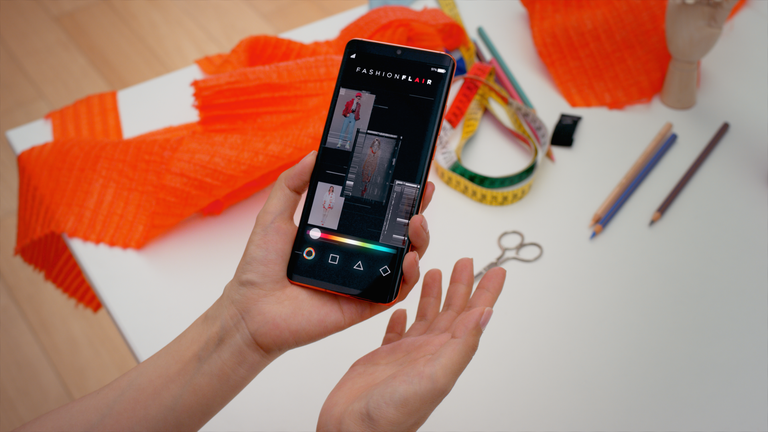 That evening, the very first capsule collection “ANNAKIKI FOR HUAWEI” was shown and exhibited at HUAWEI’s Fashion Flair event in Milan, Italy.

The capsule collection ANNAKIKI FOR HUAWEI has  kept several iconic silhouettes such as oversize suits, multi sleeves, wave sleeves or puff sleeves. Many handcrafting technics were also involved during the development of this collection including handmade knitting, layered bows, pleats and drilling technology, which all present the perfection of the details.

It was mesmerising to witness, and humanising to digest. As the show proceeded, my personal recall worked in over-drive to marry the influences, designs, and schools of thought which were unravelling before my eyes in a beautiful blend of past influence stepping into the future, through an innovative and show-stopping collection.

Huawei’s goal over the last years has been to do something that many other brands like it are capable but unwilling to do: that is, to digitally connect us all. We live in a time when much more is possible than we are capable of even imagining; yet it all seems to lie far beyond our reach. We clutch at ideas we cannot really fathom or feel. Huawei is here, I have learned and experienced first-hand, to step in as a gentle giant, to offer us it’s hand, and to tell us that we can come with it as it traverses through the future, placing no blindfolds over our minds and our imagination. It is a brand which respects, challenges and excites the every day consumer. It is a brand which cares about the footprint it leaves, and the positive impact it creates through its ripples of change and progression. It is a brand I am willing to follow into the future, and one which leaves me feeling assured and equipped, not suspicious and clueless. So, now, several months later, with my Huawei in hand, Im ready for someone to ask me again: “How does it feel to be living in the future?”